An excerpt from the book It Can Be Done by Jesus P. Estanislao, published in 2015. 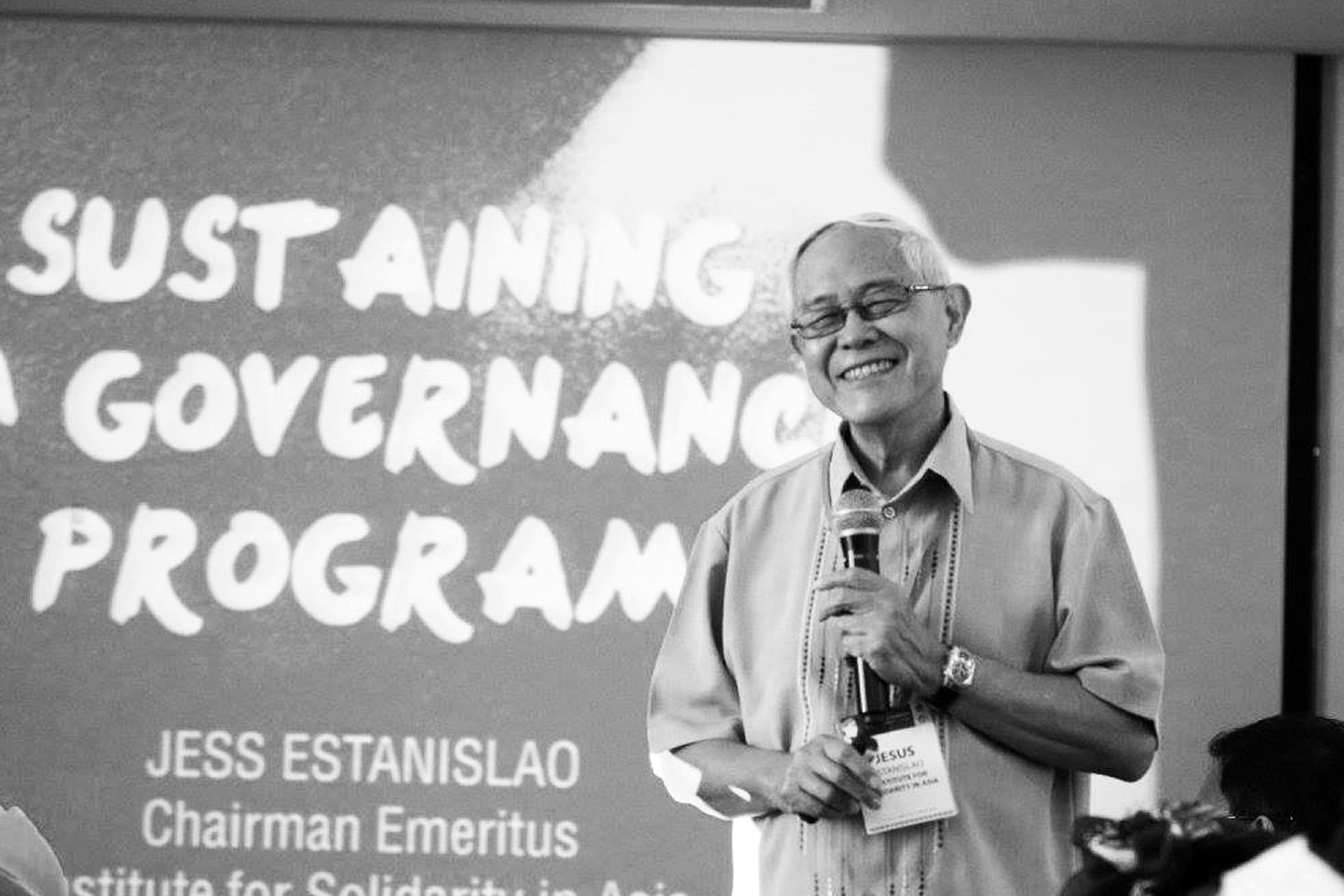 The author at the 2015 Governance Boot Camp in La Union.

In the eyes of the world, we are a sovereign nation recognized by the global community of nations since 1946. In the eyes of history, we are a young one, still on its way to true nationhood.

When the Philippines was discovered by the explorer Ferdinand Magellan five centuries ago, we were an archipelago of barangays or very small communities cut off from each other. Conquered by Spain, we became an archipelago of municipios or small towns. Colonised by America, we were divided into larger provinces.

Today, it is the election season that brings out our regionalism.

Fortuitously, progress continues to be made and the spirit of being one people, one country under heaven, is becoming more engraved into our consciousness. May such progress continue. May it hasten.

Every day we contend with vestiges of the past. We are almost permanently in search of a great leader who can save us from our present troubles and bring us into never-ending prosperity. We are forgetful of our recent history and planners only for today and tomorrow. Worst of all, we do not seem to realise that what we do today will shape the next 50 years of our life as a nation.

All too often we are perplexed by the choices on offer for presidential office. There is never a knight in shining armour riding to our rescue—a visionary leader with strength of character, unalterable principle, and integrity of life who can impose on us the discipline of binding together our fractious society. There is no one person we can trust to continue good policies and break down barriers to coordination.

Part of the problem is that there is no system that works for the entire nation.

We shower power, privilege, prestige, and billions of pesos on personalities and celebrities. But what about our institutions? We neglect them even when we know that their purpose is to serve the common good; to advance progress; to shape our developing nation.

It is no wonder that we are still on our way to becoming a nation—the building must continue.

Corruption is the millstone that hangs around our necks. It slows us down. It weakens us. It is the cancer that gnaws at society.

Naturally, the fight against it has become the call of the times. Unless we can remove the dead weight of corruption, we cannot go fast nor far. We will always be left behind by others, shamed by our inability to pursue greatness because we cannot become good.

What we must understand is that this fight will not be won by adding rules and transactions to the process of making decisions, or by running endless investigations and creating entities to police corrupt officials. All these are absolutely important, yes, but they are not the cure.

Corruption is an attack on the system. It cannot be fought in bits and pieces. These efforts must be coordinated and continued over time, pursued year in and year out until the monster is vanquished and its every particle is chopped off. Then, the small things—those bits and pieces—can add up and become significant.

Smart. Systemic. Sustained. These three concepts can be captured in one word: strategic. Among others, being strategic means striking in the right place at the right time in order to make a difference. It also entails sustained effort such that it yields lasting positive results over time.

All of these that have been described so far point to governance, which always looks many years ahead in order to see what decisions must be made today. Governance seeks to change the way the game is played, to introduce a new culture that is not concerned with winning a few battles here and there but with winning the war.

Governance is the other part of the cure—the positive side of the fight against the pitfalls of corruption.

We have proven that it works in the Philippines in national agencies and local governments that have found the will to transform themselves and form positive relationships with their stakeholders. This has resulted in ground-breaking impact, and in their being recognized as the country’s inaugural Islands of Good Governance (IGG) practicing transformative management at par with global standards.

But first, old ways of thinking needed to be refreshed and change mechanisms needed to be put in place. It is these few critical steps on the road to lasting development that we in the Institute for Solidarity in Asia (ISA), who have been helping government institutions for 15 years using a transformation program called the Performance Governance System (PGS), wish to share with many others to give them that extra push of inspiration, and to help advance the speed and scale of reforms in the country.