The City Government of Baguio took home the Silver Trailblazer Award for its successful rollout of the first stage of the Institute for Solidarity in Asia’s (ISA) flagship program, the Performance Governance System (PGS).

The Philippine Summer Capital was conferred the PGS Initiated Status during an online public revalida, a virtual platform under the annual Public Governance Forum where institutions can showcase their progress and milestones in the PGS pathway. 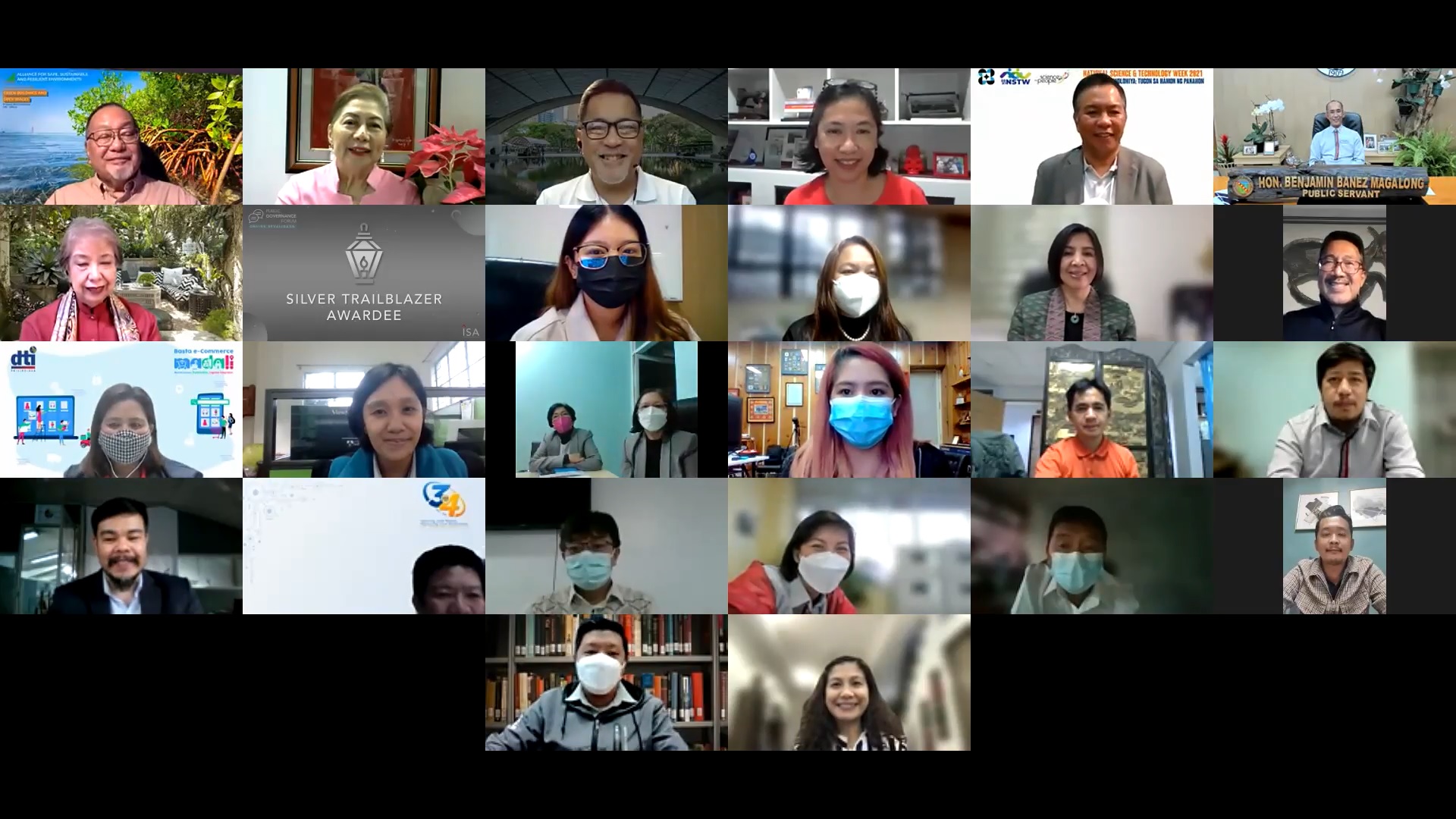 In his presentation, Mayor Magalong shared the bitter reality behind the captivating facade of the city, including over-tourism, increasing city population, liquid waste management, and depleting open spaces, among others.

“With the enormous challenges at hand, we need to be proactive and start our transformation initiative immediately. This is the reason why we decided to partner up with ISA,” he said.

To address the threat of a projected urban decay in the city by 2045, Baguio City aims to intensify the projection, conservation, and increase of green reservations through community development. Amid fears of losing its iconic pine trees, the City Government developed an Urban Forest Management Master Plan, which covers reforestation programs and the construction of state-of-the-art greenhouses.

As part of its tourism management, Baguio City launched VIS.I.T.A, a digital application for tourist registration and management, which monitors the arrivals and destinations of tourists.

Meanwhile, with the deteriorating quality of education in Baguio City, Mayor Magalong said that the city is in constant consultation with the Department of Education (DepEd), private universities, and other stakeholders for insights and points for improvement.

The multi-sector panel, led by the panel chair and ISA Trustee Mr. Guillermo Luz, challenged the City Government’s growth management strategy, sustainability, basic education, and technological capacities. Mr. Luz expressed his appreciation for the city mayor, adding that the panel’s succeeding insights and pieces of advice for the city strategy “is a sign of everyone’s love for Baguio”.

In his acceptance speech, Mayor Magalong acknowledged the expertise and efforts of the panel and its PGS Core team, which helped pave the way in fulfilling the city’s first step in the PGS pathway.

“Today marks an important stage on our roadmap to transformation. This is a defining moment that will set the foundation for our transformation. To become a smart and sustainable city advancing responsible tourism and responsive education,” Mayor Magalong said.