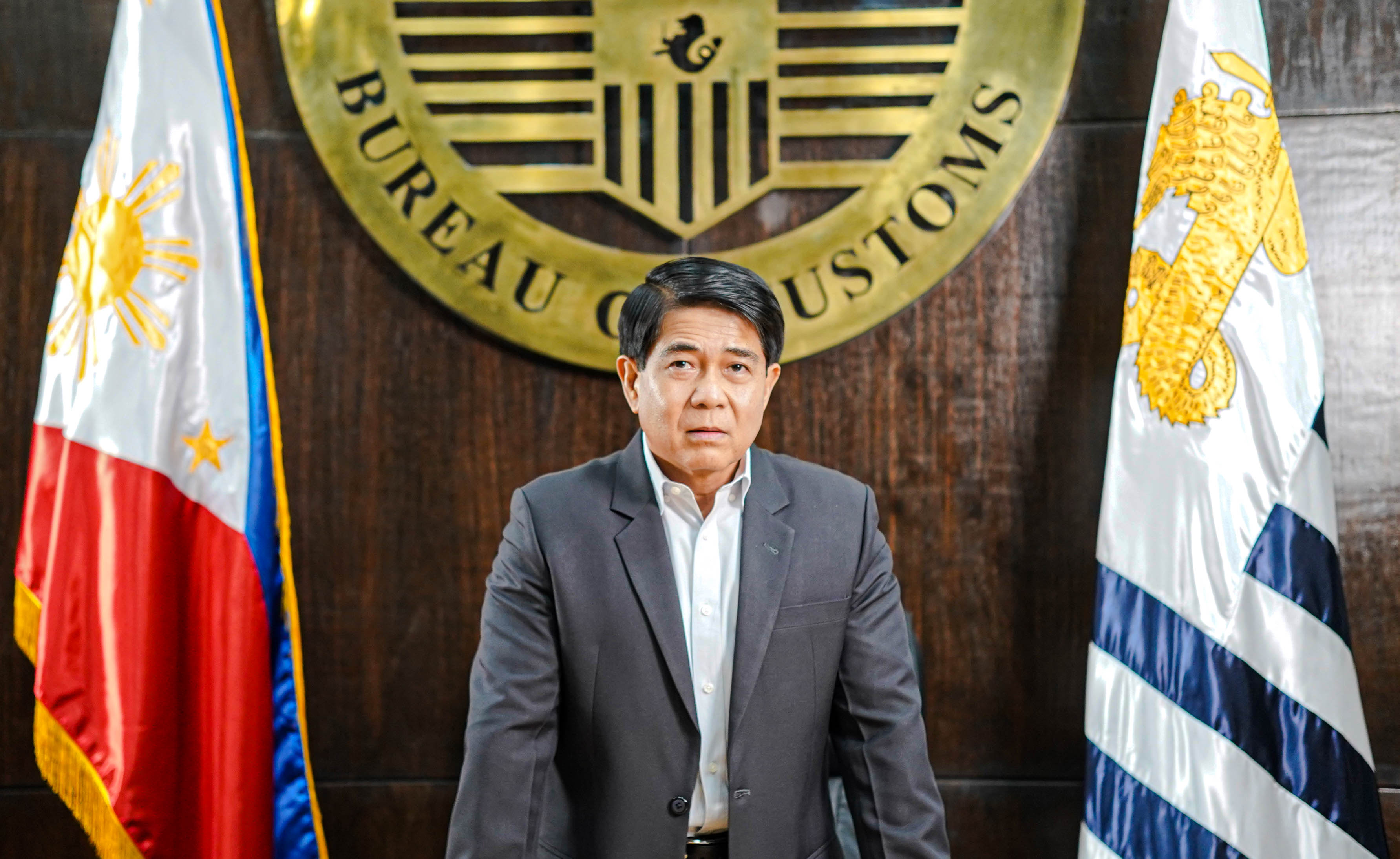 They say reputation takes years to build and only minutes to get tarnished. Establishing a good image for oneself is arguably an already tall order on its own, but considerably more for an entire institution ranked as “one of the most problematic” government agencies over years of bad governance. Such was the impasse that Bureau of Customs (BOC) Commissioner Rey Guerrero has found himself in upon his appointment in 2018, but after more than two years of pure conviction and unwavering transformation, restoring public trust in the Bureau may be a tall order one can pull off after all.

The BOC is no stranger to public cynicism and political disaffection. During a presidential debate held last February 27, the Bureau topped the list of government agencies that eight out of nine presidential aspirants wanted to probe for allegations of corruption. This, along with the series of fatal attacks on its employees beginning in 2021, has put the institution once again in a bad light, discounting its recent efforts to earn the people’s trust and confidence back.

“That was really a sad awakening for us because all the while, we were confident that we were doing good and we were doing our best to address these issues of corruption,” Comm. Guerrero told ISA in an interview. “Our morale has been affected, but we continue to zealously perform our duties and responsibilities.” 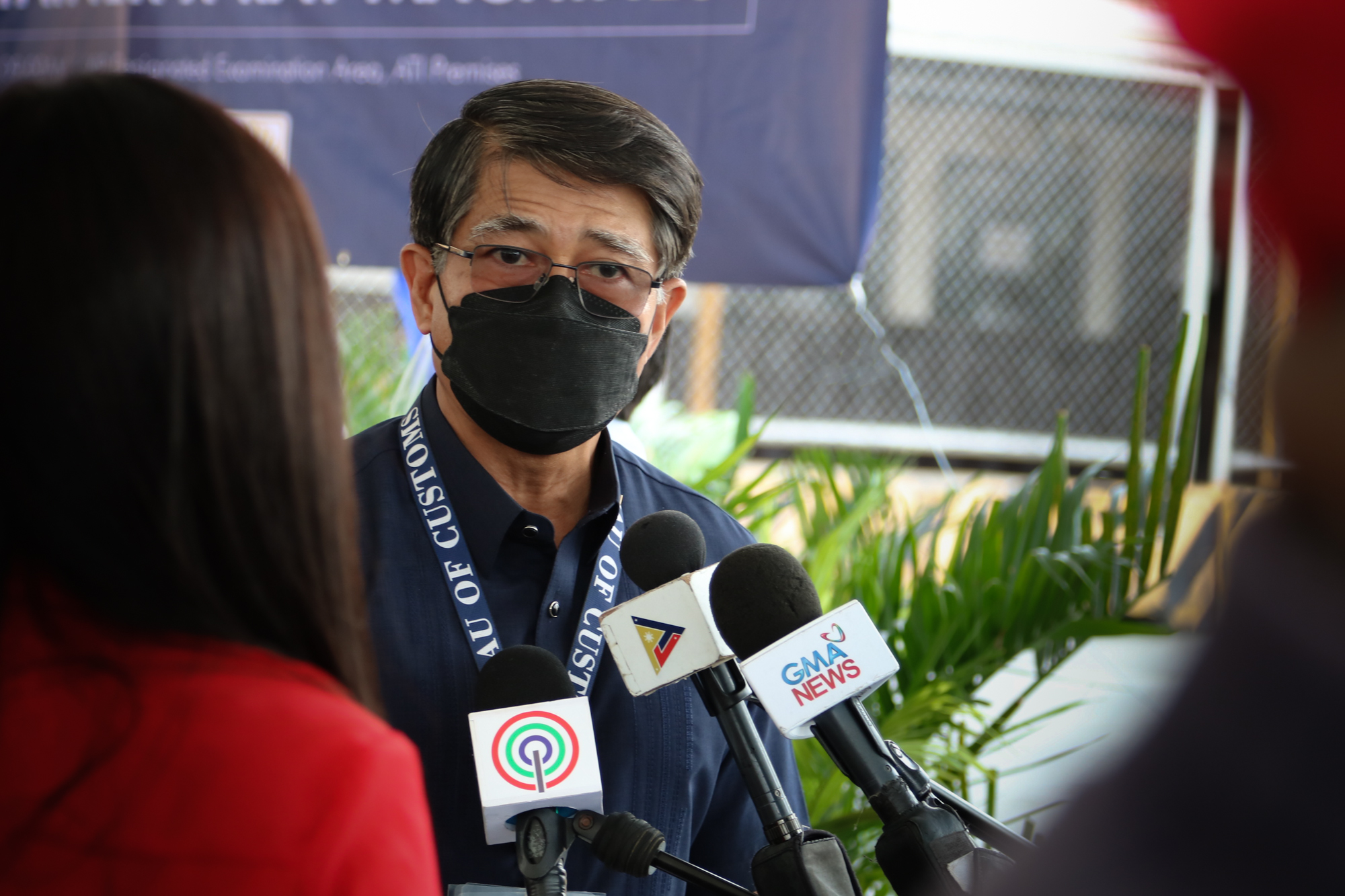 Changing the public’s perception of the Bureau doesn’t happen overnight. After all, the BOC has faced many serious scandals and controversies in the past, involving smuggling, illegal drugs, syndicated graft and corruption, and more. But for Comm. Guerrero, public trust is earned not through steering away from controversial issues but by living up to the expectations of public service in terms of honesty, integrity, and performance.

“Programs that build public trust must be effectively communicated, cascaded, and most importantly demonstrated. In other words, it is important that the public should see by our actions and deeds that we are practicing what we preach to show that we are worthy of their trust,” he said.

The 1,800-strong organization embarked on its Performance Governance System (PGS) journey in 2019 and has completed three of the four-stage pathway since, bagging the highly-coveted Gold Trailblazer Award in all stages. To achieve organizational reform and help rebuild its public image, the Bureau had to significantly improve its performance in revenue collection, trade facilitation, and border protection.

“Foremost is graft and corruption and its resultant effects on border protection, leading to unabated smuggling; revenue collection as represented by unmet collection targets; and trade facilitation as evidenced by port congestion. To address these issues, the Bureau has implemented integrity development and quality management programs, improved risk management systems and intelligence and enforcement capabilities, and enhanced its information technology (I.T.) systems for better management and use of information,” Comm. Guerrero told ISA.

“Our morale has been affected, but we continue to zealously perform our duties and responsibilities.” — BOC Comm. Rey Guerrero

Since 2018, the BOC has successfully automated a total of 139 out of 170 (82%) customs processes, a vast improvement from only 55 (38.19%) just two years ago. This specific improvement also cascaded onto revenue collection, trade facilitation, and border protection, where the automation of processes under these core functions of the  Bureau has improved in terms of efficiency and effectiveness, especially compared to years prior.

Border protection has been a primary concern for the institution, with the Bureau acting as the first line of defense of the country against smuggling and other forms of fraud. Comm. Guerrero revealed that “stronger interagency coordination, intensified intelligence and enforcement operations, stronger stakeholder engagement, and the use of the latest technologies available” play a huge role in addressing the issue.

From January to July 2021, the Bureau continued to be relentless in its anti-smuggling efforts and conducted a total of 615 enforcement operations, seizing assorted smuggled goods with an estimated value of PHP12.611 billion. Meanwhile, through the Bureau’s Action Team Against Smugglers (BATAS), the BOC filed 44 administrative cases and 58 criminal cases against suspected smugglers. Its coordinated intelligence and enforcement efforts with the Philippine Drug Enforcement Agency (PDEA) have also resulted in the seizure of billions of pesos worth of illegal drugs, which has reportedly led to the decline in availability of methamphetamine in the Philippines as indicated in the drop in its retail purity and increase in its price. 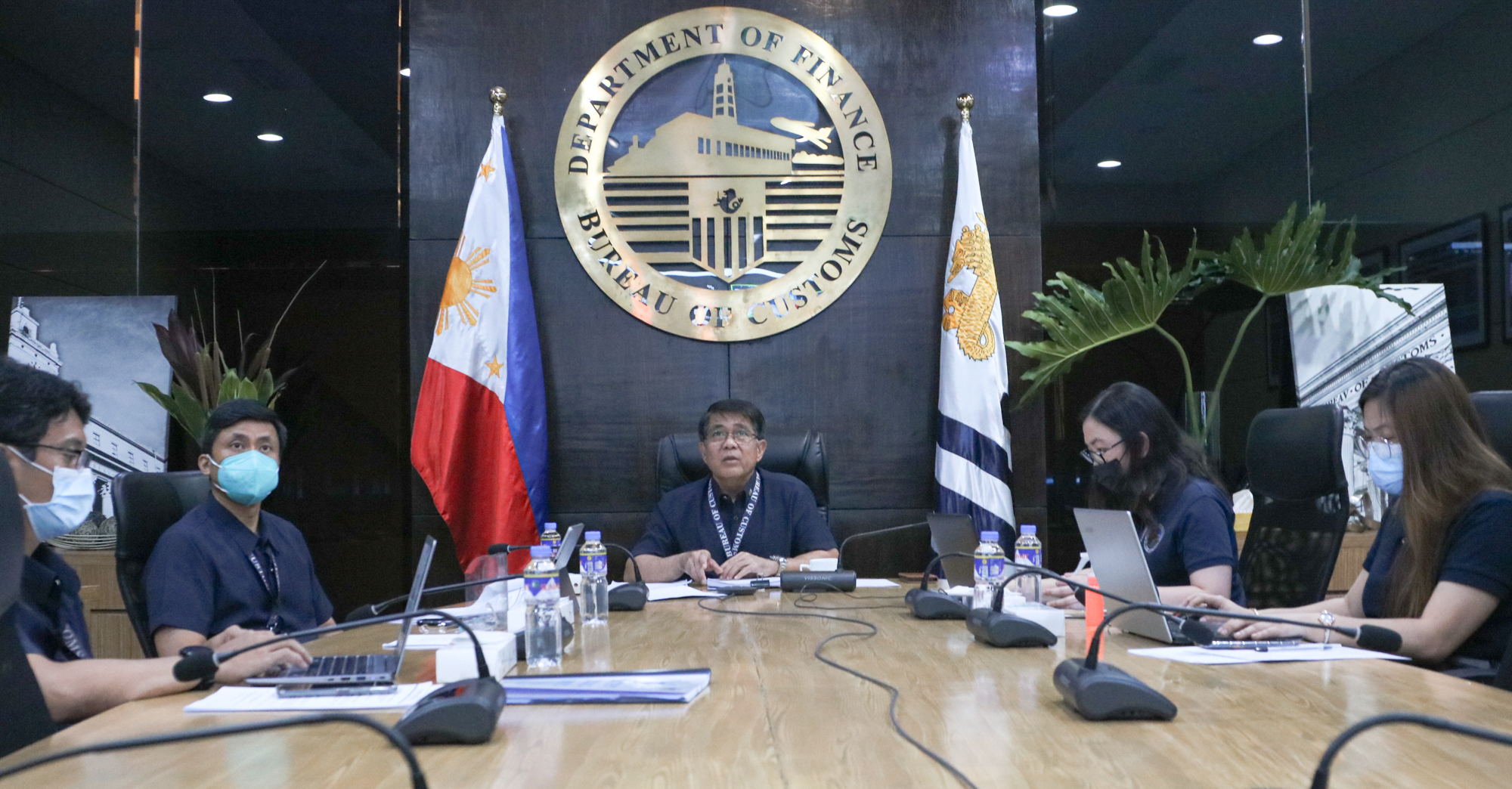 Inconsistencies and incongruence of import data reports between the BOC, Bangko Sentral ng Pilipinas, Department of Trade and Industry, Philippine Statistics Authority, World Trade Organization, United Nations Conference on Trade and Development, and the International Monetary Fund, have also been a critical concern for the institution in improving its operations. To address this, the BOC has partnered with the Ateneo School of Government (ASOG) to clarify these inconsistencies and ultimately harmonize these import data reports through a roundtable discussion held last February 23 to share data and insights concerning Philippine imports.

“The partnership between the BOC and ASOG has created an avenue to develop data analytics tools to track variances in the value and volume of various import products as well as to improve BOC operations and revenue generation with various programs already in the planning and execution stages,” Comm. Guerrero said.

“It is important that the public should see by our actions and deeds that we are practicing what we preach to show that we are worthy of their trust.” — BOC Comm. Rey Guerrero

Comm. Guerrero revealed that at the heart of BOC’s transformation journey is the PGS, a holistic and collaborative framework developed by ISA for designing and executing roadmaps to long-term reform. He believed that the PGS “centered on the development of positive values of individual members that in turn support the development of an organizational culture” that shares these values with the rest of society. With this, the  Bureau pursued competency and character development programs by developing its “Competency Dictionary,” which “ensures that all personnel possess the necessary knowledge and skills required to exercise their functions.”

“The Bureau is also in the process of establishing the Customs Training Institute that will serve as a training academy for current and incoming customs personnel,” Comm. Guerrero added. “Meanwhile, through the BOC Online Learning Portal, employees can conveniently access training materials and videos to keep them abreast of customs policies and procedures. There is also the Values Transformation Program that seeks to inculcate the right attitudes and values among our people.” 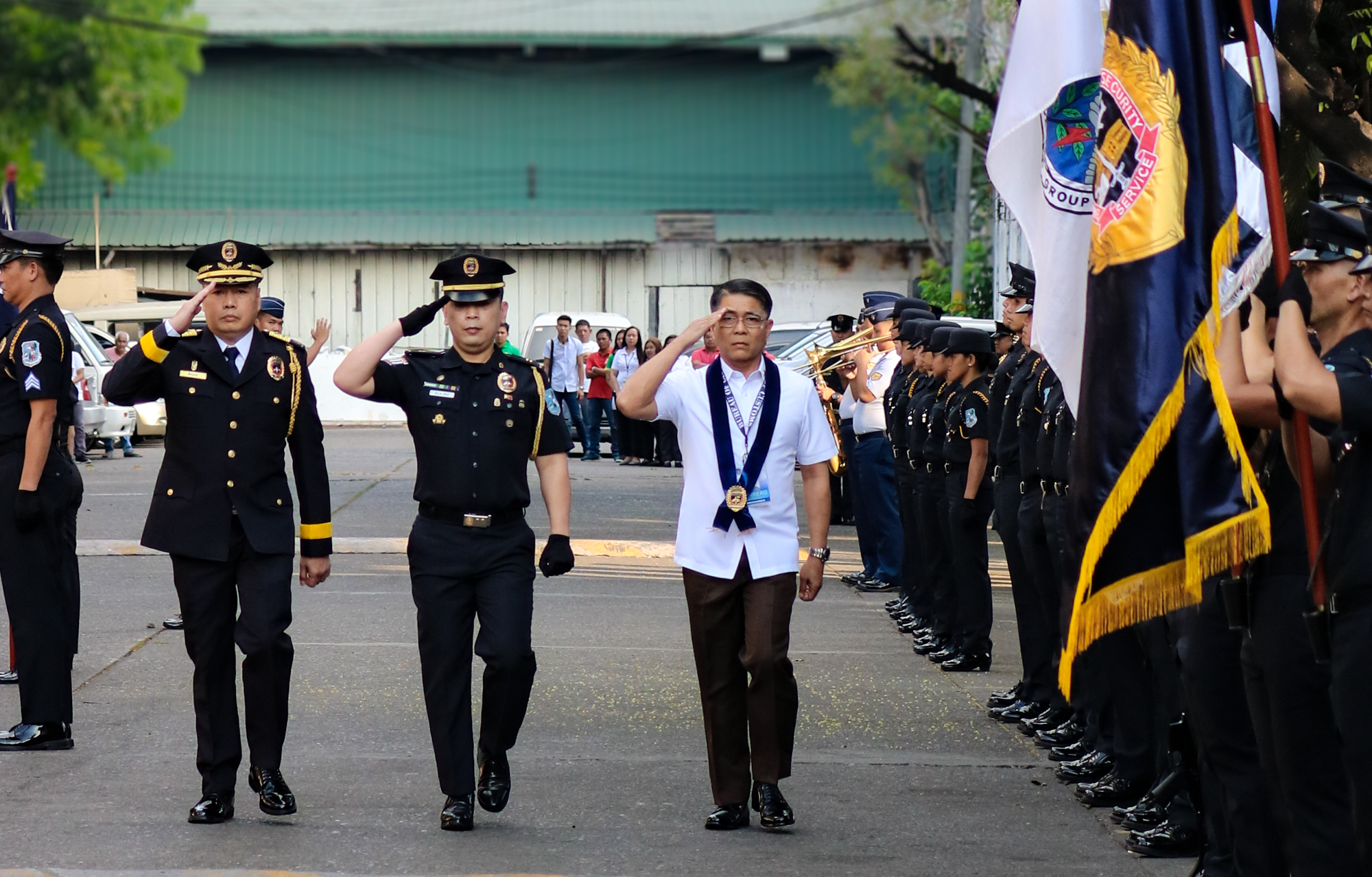 After only nearly four years since embarking on its PGS journey, the BOC is now vying for Institutionalization, the fourth and last stage of the governance pathway, in May 2022. While the good men and women of the Bureau take pride in all the institutional reforms undertaken over the past three years, getting the nod from stakeholders, international bodies, and the like never does any harm.

As part of its Integrity Development Program 2021, the BOC commissioned the Philippine Survey and Research Center (PSRC) to conduct an Awareness, Institutional Trust, and Satisfaction survey among 1,000 external stakeholders. The results showed that 100% of the respondents were aware of the BOC’s mandate, 94% expressed institutional trust in the agency, and 93% were satisfied with its performance.

Additionally, the BOC’s performance in the latest United Nations Global Survey on Digital and Sustainable Trade Facilitation (UNTF Survey) report showed that the agency is still steadily improving its efficiency regarding trade facilitation, scoring 86.02% in 2021 from 80.65% in 2019 and ranking third among Southeast Asian nations. Similarly, the Customer Care Satisfaction survey has also shown that the Bureau achieved a high overall customer satisfaction rating of 4.63 out of 5 in 2021, further showcasing the institution’s improvements over the years.

Recently, the BOC also received recognition from United Nations Economic and Social Commission for Asia and the Pacific (UNESCAP) for their readiness for cross border paperless trade based on the series of consultations and workshops conducted by the UNESCAP experts and the National Single Window – Technical Working Group (NSW TWG) officials.

“These improvements, recognized even by international standards, can be attributed to the numerous projects the BOC has implemented to transform its operations to one that is among the world’s best, such as the development and deployment of the ICT systems, the implementation of the National Single Window, and the establishment of the Customer Care Centers in the 17 Collection Districts,” Comm. Guerrero said. 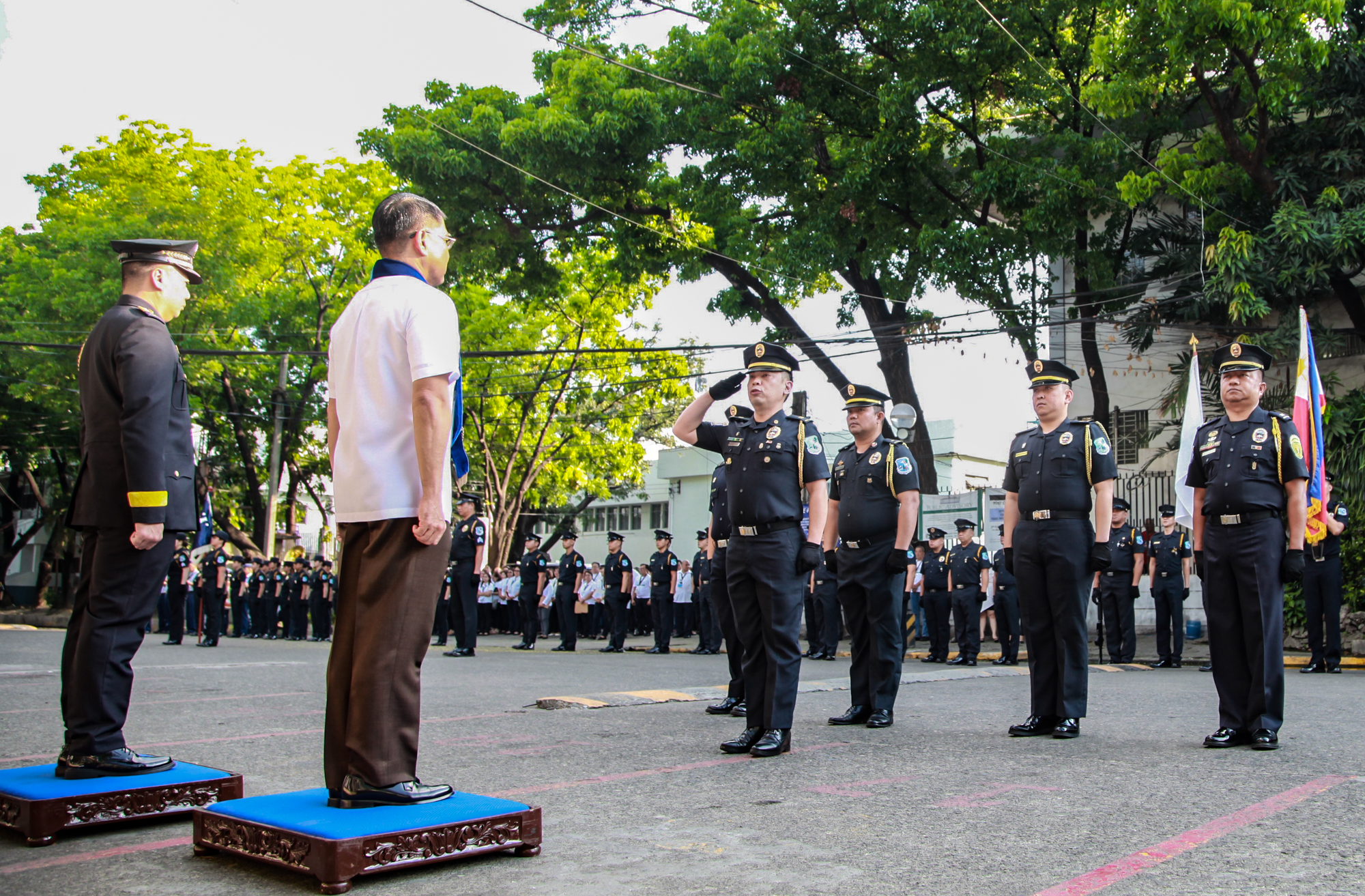 Much like in any other institution in the public sector, the upcoming 2022 national election is expected to open doors to new possibilities, including change management. Nevertheless, Comm. Guerrero that their efforts for the Bureau shall carry on beyond current and future administrations.

“We are also making sure that the sustainability elements behind our institutionalization will be reinforced, ensuring that our efforts would not be in vain as well as provide the necessary tools for the next administration to continue and build on our gains,” he said.

Reputation is a component of an identity as defined by others and, more often than not, beyond anyone’s control. What can be controlled, however, is character, and when a character is well taken care of, reputation shall take care of itself. In line with its goal of providing efficient public service and building public trust, Comm. Guerrero assured the public that the Bureau shall stay committed in its transformation journey and ultimately turn the institution into a world-class Customs Administration that the Filipino people can take pride in.

“Public trust is earned through hard work, dedication, consistency, transparency, and accountability in your work. The Bureau of Customs is, and always will be committed to practicing good governance and positive value,” Comm Guerrero declared. “[We remain] steadfast in [our] efforts to earn the public’s trust and confidence through honest and dedicated service.”