The many hikers on the path of good governance

A total of 17 public hospitals, four national agencies, and one local government unit were set to undergo the public revalida, a platform where public sector institutions present their impact reports before a carefully selected multi-sector panel. The heads of these institutions showcase the maturation of the Performance Governance System (PGS) after many months of working with ISA for strategy development and implementation. These reports are then vetted by governance and industry experts who can endorse and validate the institution’s achievements in transformative governance. Revalidas not only culminate the institutions’ efforts per PGS stage, but also call on them to continue enhancing their governance practices.

The presenting organizations were: 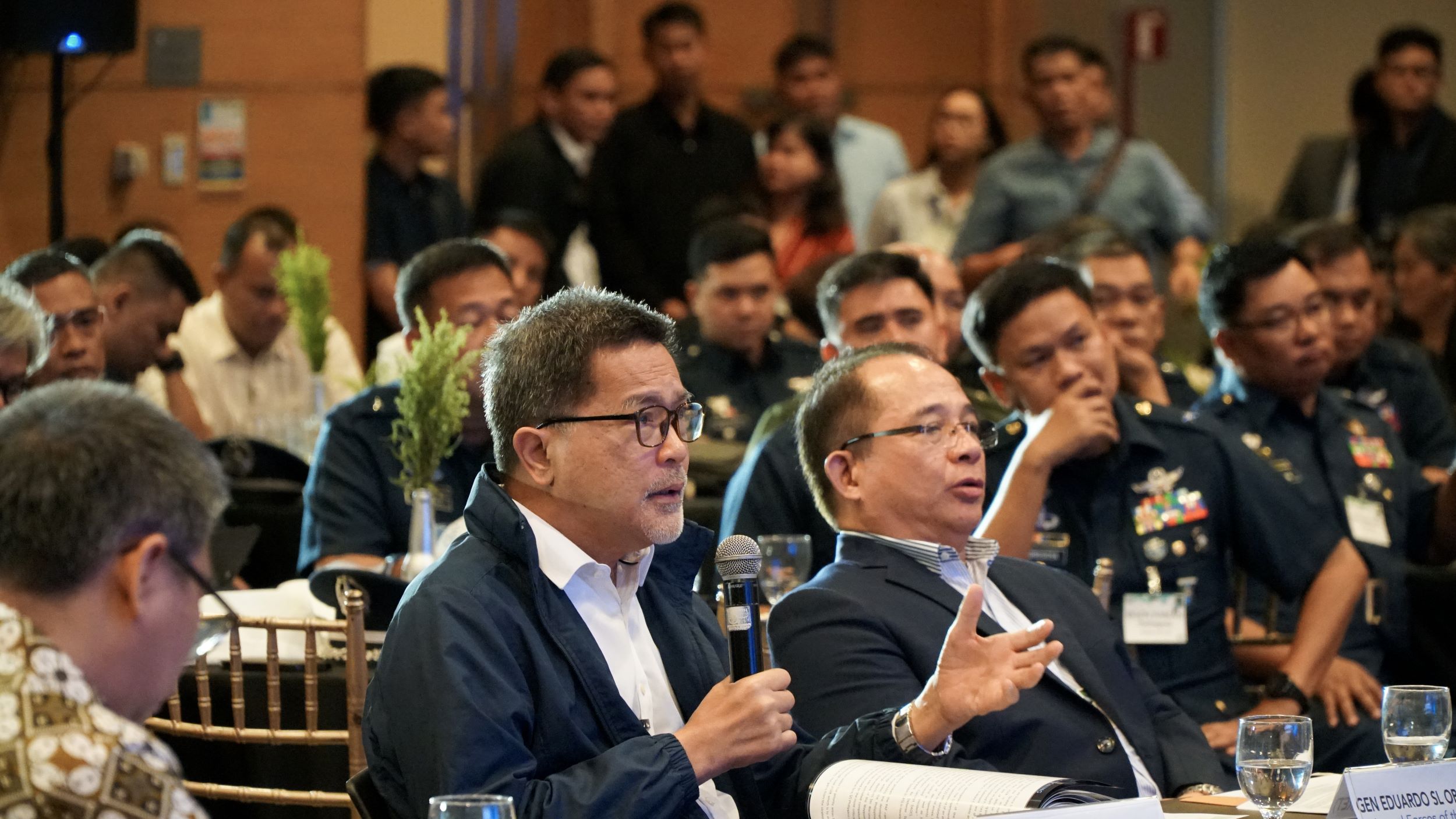 Mr. Guillermo Luz, Chief Resilience Officer of the Philippine Disaster Resilience Foundation, serves as Chair of one of the revalida panels

A day’s worth of governance stories

As soon as the forum opened, the revalidas were set in motion. Each organization has long prepared for their presentations after many months of working with ISA for strategy development and implementation.

Two partners, PAF and PVAO, sought to be conferred the highest stage of the PGS Pathway – Institutionalization. The hallmark of this stage is the presence of validated breakthrough results that have been sustained for at least two years. The institution must also exhibit strong commitment to adopt governance as a culture or a way of life.

LTGEN BRIGUEZ underscored in his presentation how the PGS ensured that the strategic direction of PAF was placed above any commanding general’s tactical flexibility commonly used to build a personal legacy. Meanwhile, Usec. Carolina imparted a moving sentiment to the audience, saying, “[PVAO] wanted to send the message that we are a country that does not forget its defenders.” 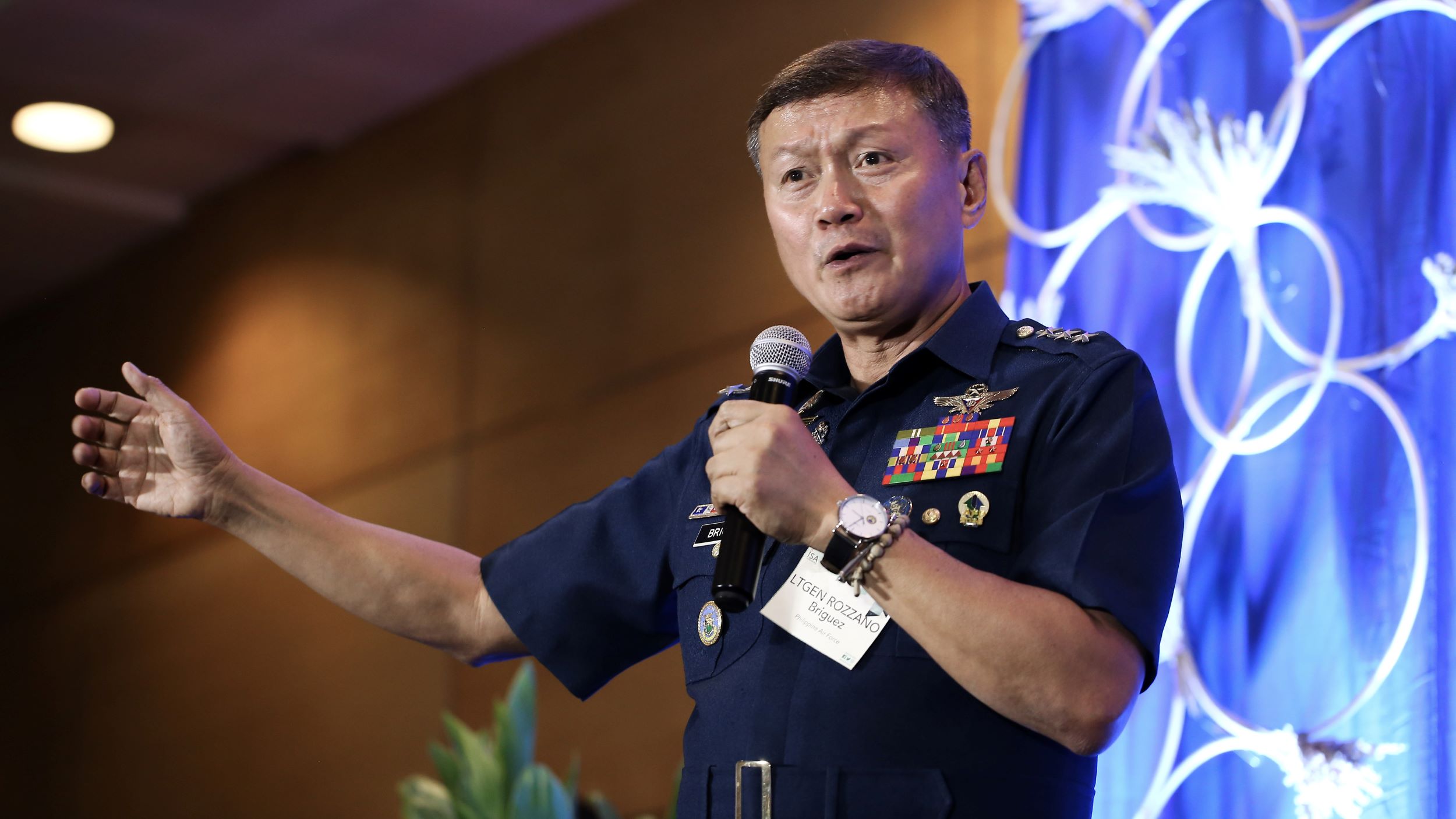 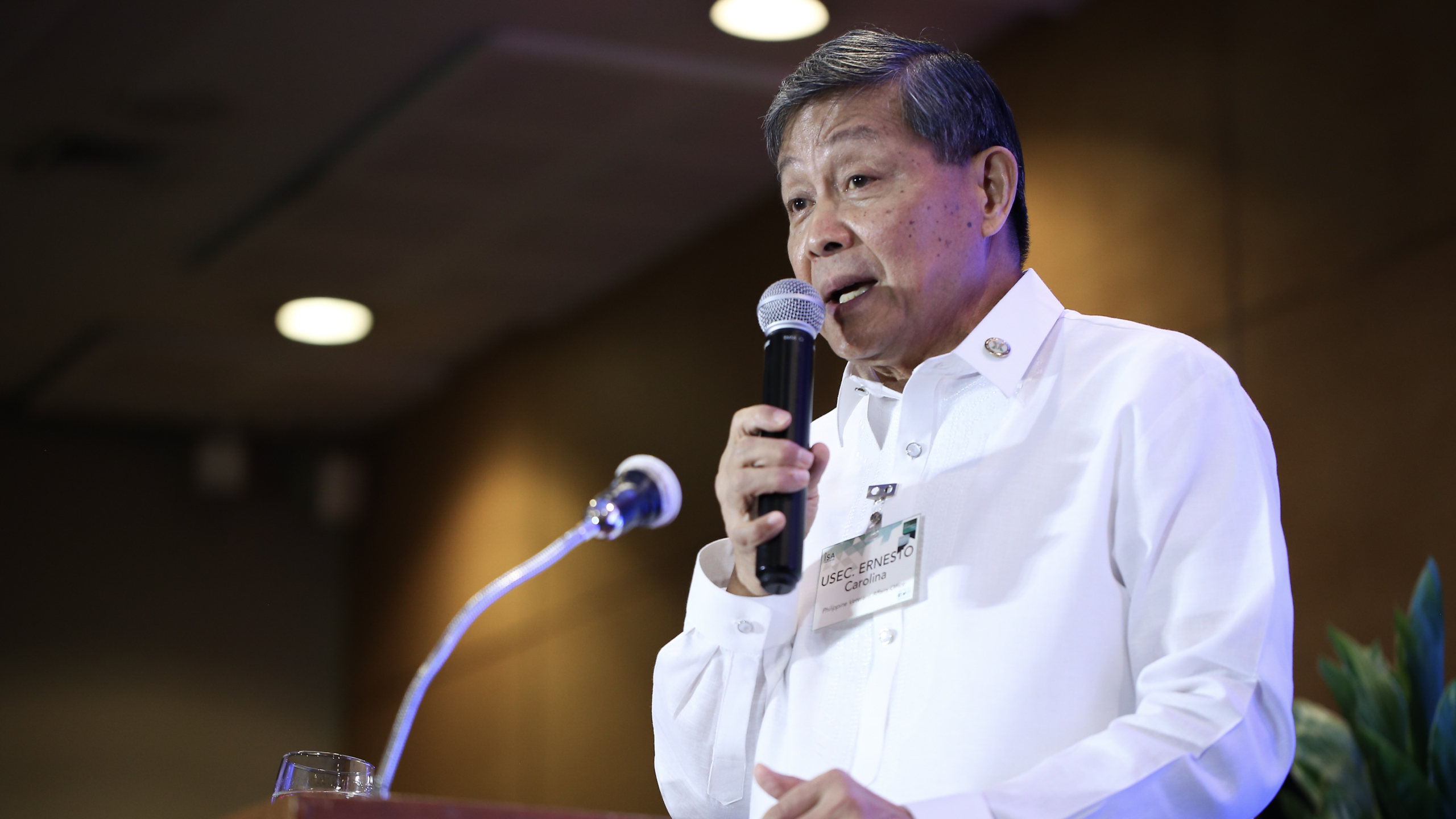 After a day’s worth of governance stories, the attendees gathered for the closing ceremony late in the afternoon. ISA’s new Chief Executive Officer Mr. Lenard M. Berba opened the program, congratulating the revalida takers and calling on them to stay the course of good governance. This was followed by the awarding of newly inducted ISA Fellows and Associates. MGEN ADRIANO S PEREZ AFP, Deputy Chief of Staff for Personnel of the Armed Forces of the Philippines, and Mr. Romulo S. Romero, CEO and Principal Consultant of OTi Philippines, Inc. were welcomed into the Society of Associates, while Usec. Carolina officially joined the Society of Fellows.

Shortly after, Ms. Mary Jane Ortega, ISA Trustee, kicked off the anticipated awarding portion. Revalida takers went from being on pins and needles to standing proud onstage as they received the signature PGS Heart. Many of them also went back to their institutions carrying a Trailblazer lantern. This lantern is given to the institutions recognized for their outstanding efforts in making governance a way of life. The Silver Trailblazers were: ARMMC, BagGHMC, CVMC, EVRMC, NatCH, NCH, NMMC, SLRWH, VSMMC, TDH, and PGLU, while the Gold Trailblazers were: BatGHMC, BMC, Dr. PJGMRMC, R2TMC, BOC, PAF, and PVAO.

“The most important thing that we did was that we didn’t stop developing our men and our procedures,” remarked the Commanding General.

Meanwhile, also reflecting on PVAO’s momentary delay in moving up the pathway, Usec. Carolina assured the crowd, saying, “We know that [the IGG award] is just the start of bigger responsibilities. From here on, after what we’ve learned, the only way to go is forward.”

Capping off this sentimental day was a keynote address by Sec. Francisco T. Duque III, former ISA Chairman and current Secretary of Health. Sec. Duque congratulated the revalida takers for progressing in the PGS Pathway, reminding them that though the PGS is undertaken by many, there remains a uniqueness to it when applied in each organization.

“Just like a marathon, the PGS is never a sprint. You have to get the pacing. You have to have the grit to finish, to reach the finish line,” said the Health Secretary.