Up in the City of Baguio, the cold air starkly contrasted the blazing excitement of over 100 delegates from all over the Philippines arriving for the 20th Governance Boot Camp on September 18 to 20, 2019. Representing various hospitals, national agencies, and local government units, these delegates came up to Holiday Inn for three days of governance lectures and workshops, team missions, and social activities organized by the Institute for Solidarity in Asia (ISA) in partnership with IP Converge Data Services (IPC).

To launch the Superhero-themed Boot Camp, songs from superhero movies served as the “bat signal” that called all governance warriors to gather for the first module. Entitled “Boot Camp Primer”, this introductory lecture was delivered by ISA’s Training and Development Manager, Dr. Abigail de Leon, who walked the delegates through an overview of the Boot Camp modules, within which elements of the Performance Governance System (PGS) are clustered. Afterwards, ISA Trustee and Fellow Ms. Mary Jane C. Ortega delivered a gripping speech on building the Dream Philippines.

“You have to dream, even with your eyes awake. Dream for your Philippines, for yourself, for your family, for your institution,” Ms. Ortega bid the delegates. 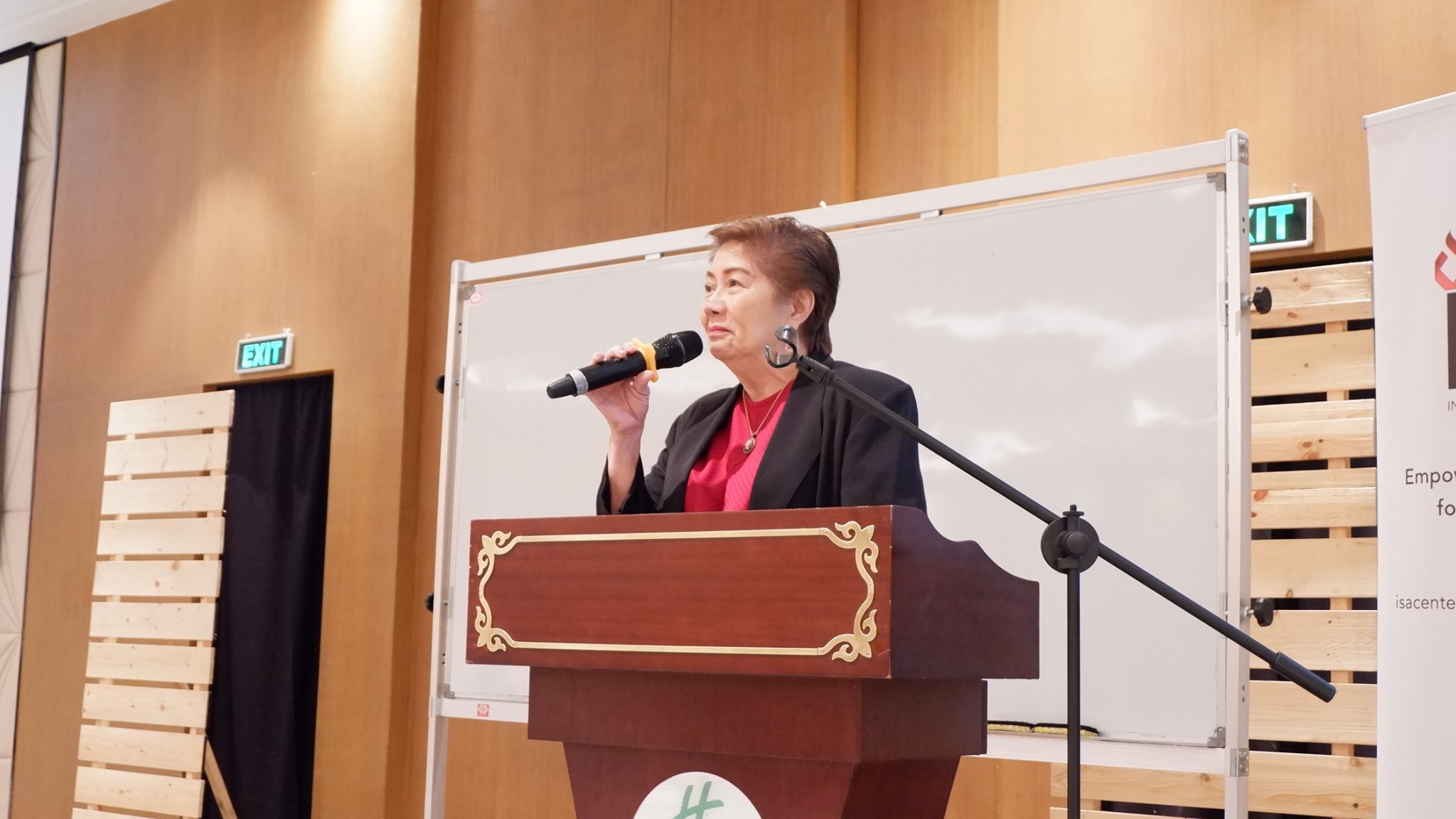 Following this was a lecture delivered by ISA Executive Director Mr. Christian P. Zaens on Strategy Fundamentals. Delegates later appreciated how Mr. Zaens differentiated operational effectiveness from strategy during this module. Mr. Zaens highlighted that at the heart of a good strategy is a strategic position – an ideal future state that breaks away from the present way of doing things.

“Strategic positioning isn’t [a form of] wishful thinking. It isn’t plucked out of thin air. Leaders […] consider the factors and [then] say what they can commit to,” he said.

Giving a powerful closing to the first day of Boot Camp was Hon. Benjamin B. Magalong, Mayor of Baguio City, who captivated the audience with his personal story of leadership, commitment to the people, and pursuit of humility over authority. 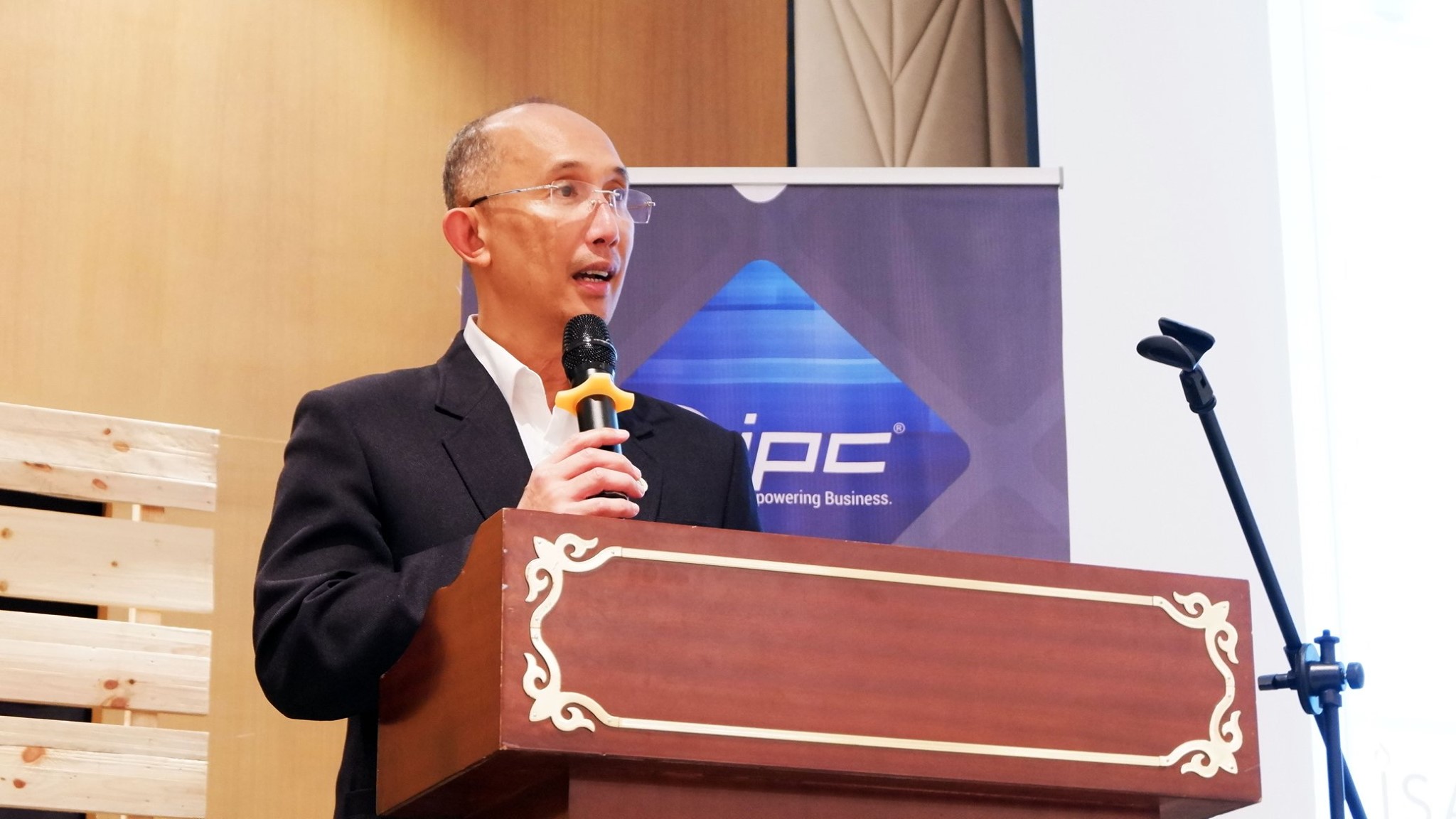 Magic against the trap

The next day, dynamic discussions were lined up for delegates as Mr. Zaens facilitated modules on Disciplined Execution and Beyond Cascading. The former tackled the roll-out of strategy down to the individual level. In it, Mr. Zaens introduced delegates to the “Execution Trap” – the number one barrier to executing strategy caused by the thinking that a leader creates strategic goals while everyone else only follows suit. This, according to the strategy execution expert, needs to change into a cascade of choices that fosters the agency of employees.

Mr. Zaens told the audience, “There is magic in individuals doing their own small thing but in relation to a bigger thing.”

Driving the point on individual agency even more was the second lecture wherein Mr. Zaens stated that after cascading, an organization can practice the Conversation, Feedback, and Recognition (CFR) Mechanism for sustaining employee engagement by giving them a platform for offering input as well as incentives.

Later that night, the superheroes hidden under the professional identities emerged as delegates ended the day with the Boot Camp Theme Night. A mix of games, contests, and group performances colored the night and made it truly memorable.

For the last day, experts from among ISA’s partners took the floor, beginning with a round table discussion on “PGS Movers.” Included in the panel were Ms. Glorilyn Joy C. Carolino of the Philippine Heart Center, Atty. Rolando D. Villaflor of the Philippine Veterans Office (PVAO), and LTC JAY S BAQUIRAN of the Armed Forces of the Philippines. The three shared their experiences in setting up the Office for Strategy Management (OSM), PGS Core Team, and Multi-Sector Governance Council (MSGC) respectively.

On the role of the OSM, Ms. Carolino clarified that the functions “[don’t] end after Institutionalization. When [an organization] achieves its goal, [it] should level up and not be stagnant.” For Atty. Villaflor, the secret to a good core team is commitment. Meanwhile, AFP’s MSGC, as introduced by LTC BAQUIRAN, was an example that delegates learned a lot from, given its effective mobilization of sub-committees.

The final leg of the Boot Camp consisted of parallel mentoring sessions where delegates got the chance to ask organization-specific questions to five different mentors. Among the mentors were the three panelists from the morning module, joined by Mr. Robert T. Arceo of the Department of Trade and Industry, and Dr. Cecilia O. Gan of the Philippine Children’s Medical Center. 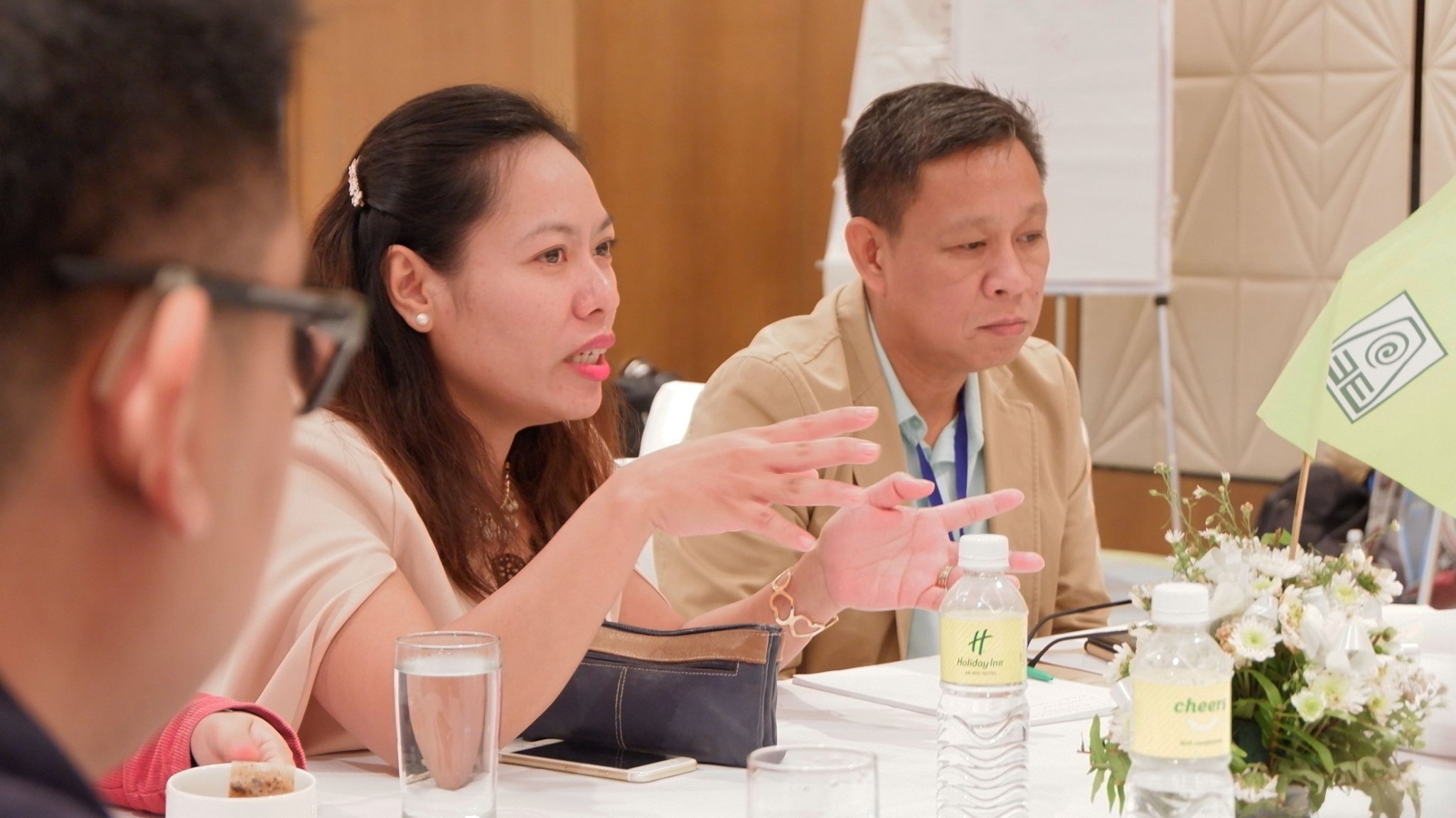 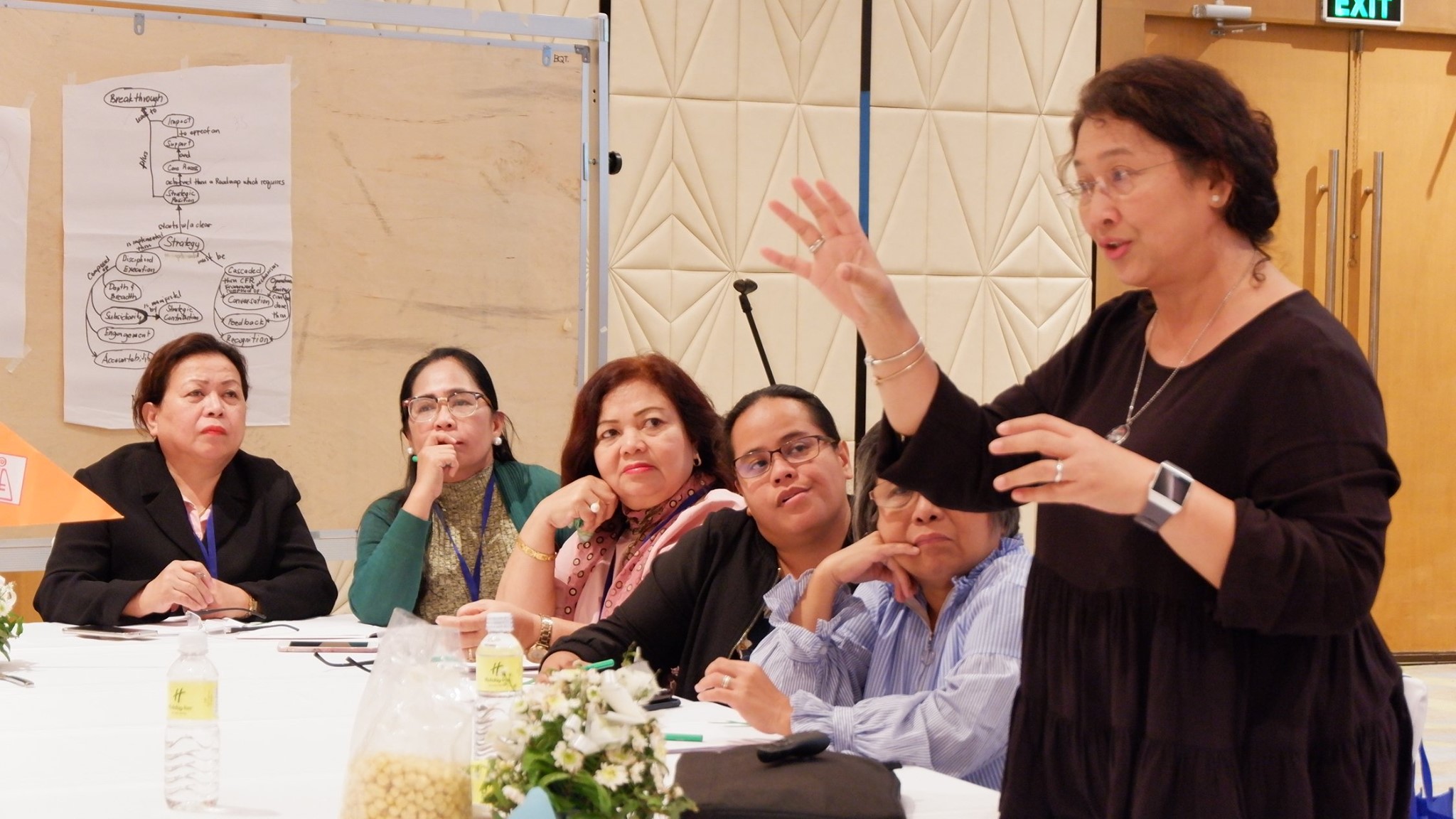 A key takeaway from Mr. Arceo’s dialogue with delegates was that having a relatively small team need not hinder the functionality of the OSM. Rather, it actually helps the team stay well-informed of all developments.

Meanwhile, for Dr. Gan and Atty. Villaflor, profiling is essential in composing the Core Team as an organization needs dedicated, output-driven people who can follow through with their input on the strategy.

On the challenges in convening the MSGC, LTC BAQUIRAN advised delegates to maximize the different platforms through which MSGC members can conduct meetings. He said that having online meetings can aid in fostering a more relaxed setup which then helps generate more ideas.

Finally, to close the event, elected Ultimate Governance Warrior (UGW) Ms. Vilma Fuentes, Acting Vice President of Government Service Insurance System (GSIS), led the recital of the National Solidarity Covenant, officially sending off all the governance warriors back to their institutions and reminding them to trust in the creative energies of people to lead change. 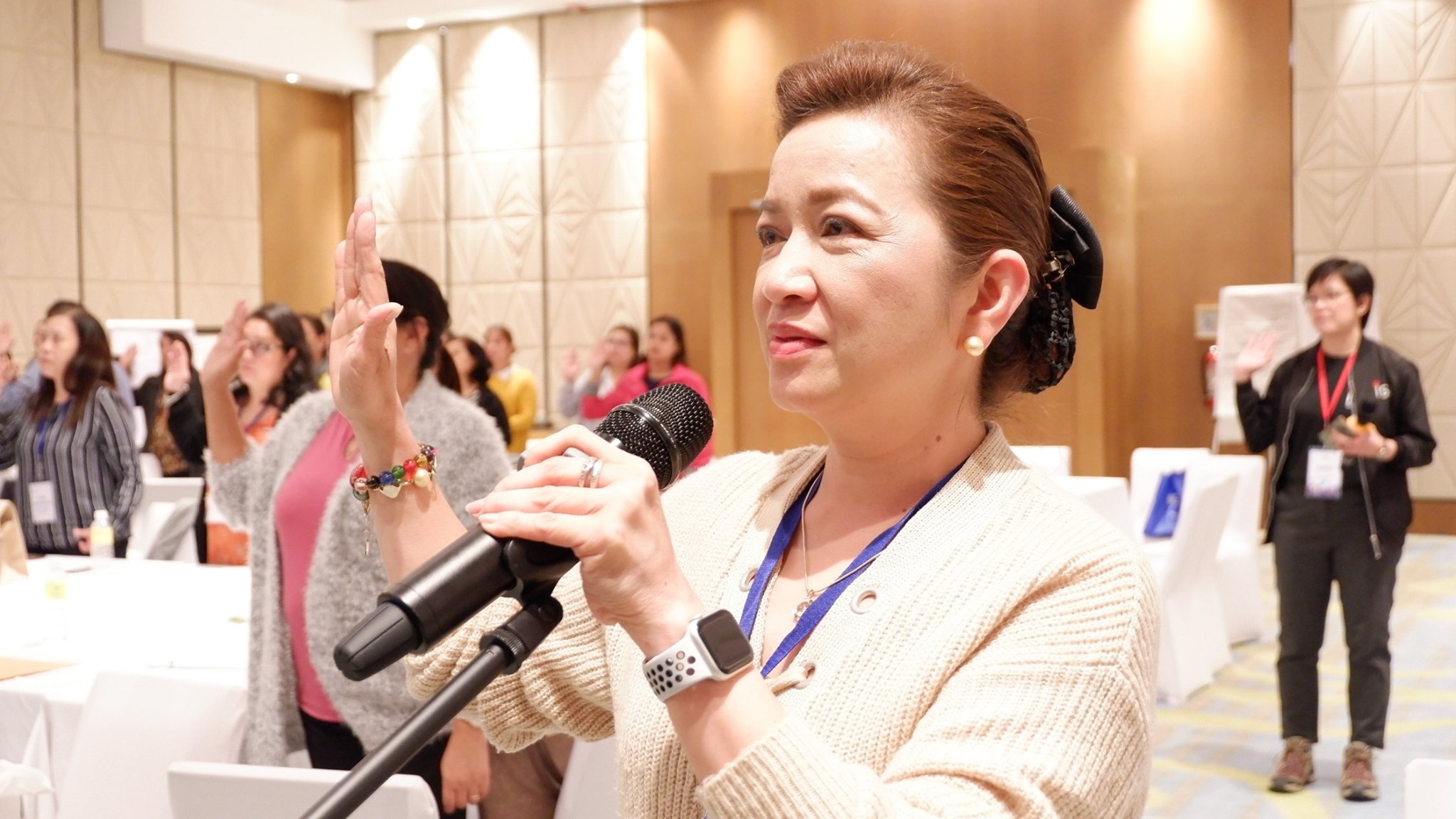 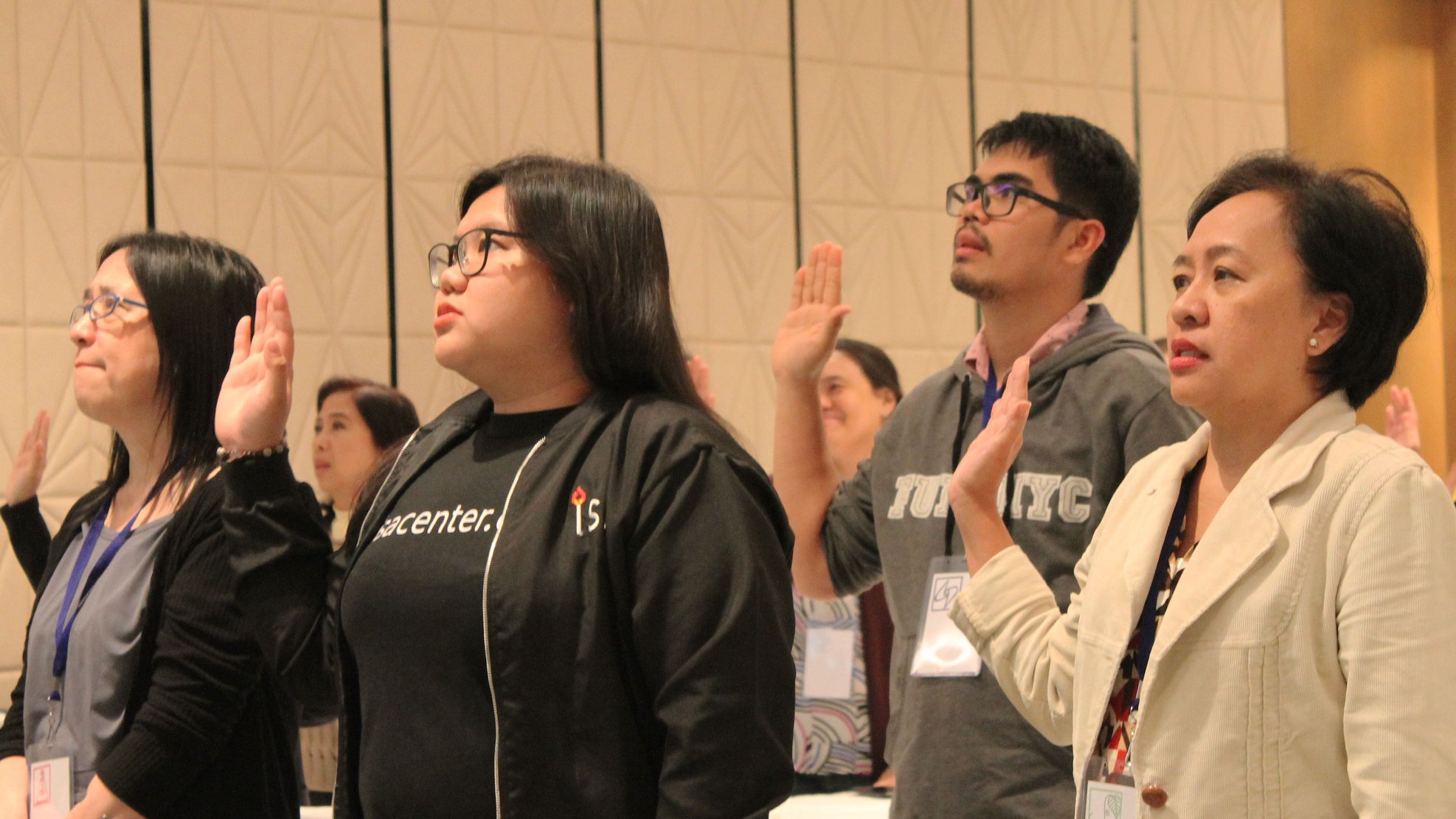 View the full photo album on our Facebook page.