As the COVID-19 situation disrupted classes, educators had to gather and discuss what was to be the fate of education and the thousands of Filipino students affected by the pandemic reality. Private school directors from De La Salle Lipa, PAREF Southridge, and Ateneo SALT Institute gather in this webinar to discuss their learnings in fostering better connections and collaborations to re-imagine education.

At the beginning of this year, many students across the country were only about to start another semester of school. That semester, however, was unceremoniously cut short because of the COVID-19 situation. Shortly after, educators began discussing what was to be the fate of education and the thousands of students affected by this pandemic reality. 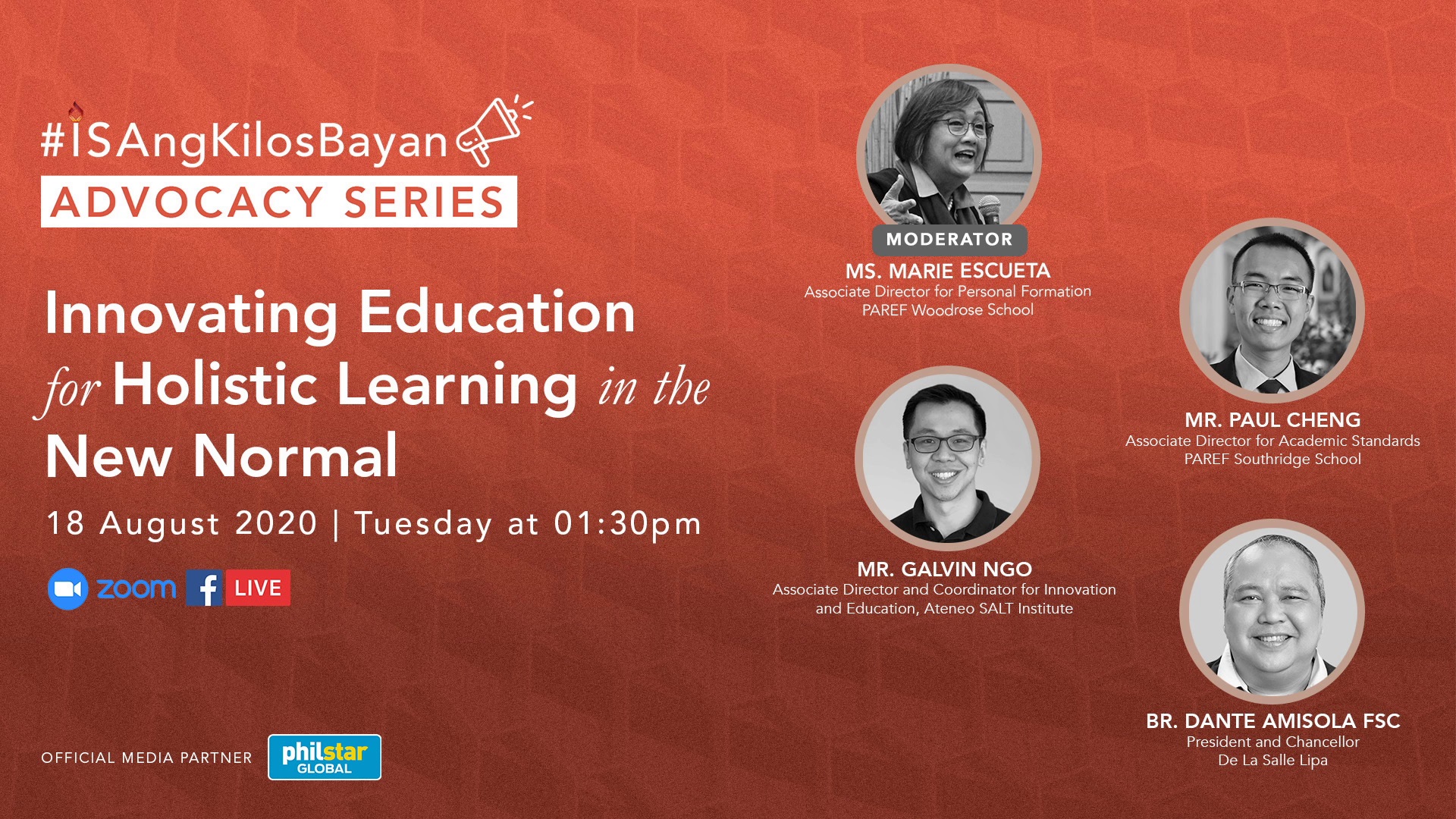 Migrating to the online space

To initiate the conversation, Ms. Escueta first asked the directors to narrate how they took in this sudden demand to halt the old learning process and migrate to the digital landscape.

“It’s funny how before, we used to call it ‘innovation.’ Then it quickly jumped to ‘essential’. The tricky part,” said Mr. Ngo, “is that there are so many inputs about online learning. Along the way we [wanted] to make sure [that] we don’t lose our identity, our vocation.”

Mr. Cheng recounted a similar experience from the educators in PAREF Southridge, saying that the institution had to reflect upon their identity. He shared, “The answer [was] clear — we are a school. A school is a place of learning. This was just another thing that people had to learn. It was a matter of helping our teachers [and] our students learn.”

Yet, to move education into online space, according to Mr. Cheng, was not simply to mirror what was done in a classroom setting, nor was it about having the right digital tools. Rather, teachers had to learn how to teach online and students had to learn how to study online.

“That learning is not just [that of the] content of the curriculum, but learning how to operate as a human being in this kind of environment,” said Mr. Cheng.

Though the digital terrain was wide, it was not entirely uncharted. For De La Salle Lipa, as early as 2017, the school already had an online learning system in place that was already onboarding students, teachers, and parents prior to the pandemic. It just so happened that the pandemic required the speeding up of this process.

“Nobody can really prepare for a fully online system. We had the mindset but we still had problems. We’re lucky [that we] have good relationships with our parent groups,” narrated Br. Dante Amisola.

Similarly, PAREF Southridge had some foundation in establishing an online system from the previous years of exploring and tinkering with the tools they had. Thus, per Mr. Cheng, they were able to leverage on two things: their learnings from the past and, like in the case of De La Salle Lipa, their connection with the parent community, who are now actively enjoined to support their at-home learners. 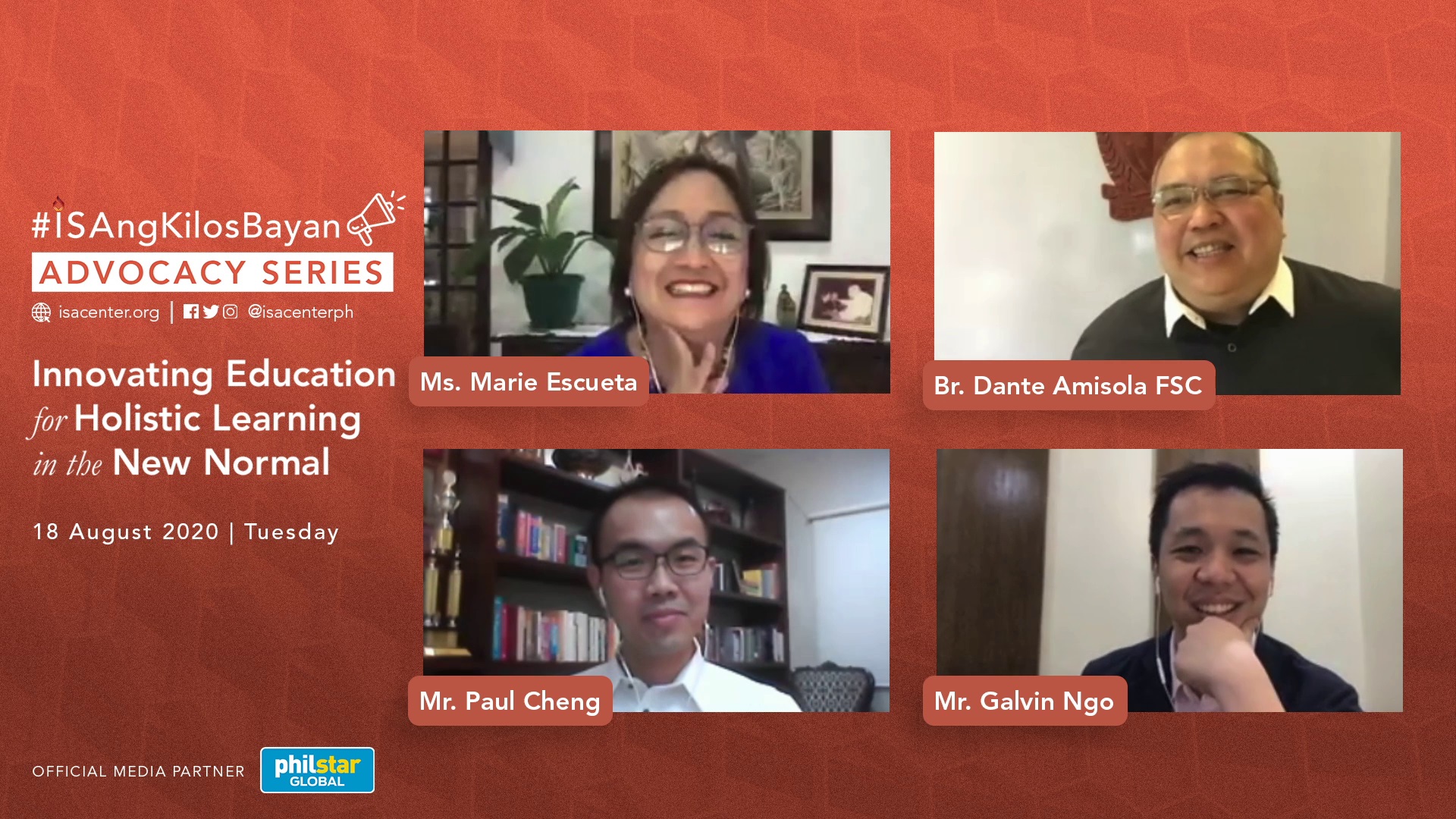 In photo: Ms. Marie Escueta opens the discussion and asks the speakers to narrate their experience with the learning shift.

Moving beside the students

The three directors also underscored a very crucial enabler for online education, which is having feedback mechanisms. Prior to the pandemic, feedback mechanisms were commonly  associated with negative remarks. However, during this period of many adjustments for the learners, teachers, and parents, Br. Dante Amisola emphasized the need to communicate the difficulties so as to address them properly.

Related to that, Mr. Ngo talked about the need to deliberately create avenues to foster deeper connections with the students.

“In an online learning setting,” he said, “that sort of [informal] feedback setting where you can build relationships is absent. You have to be explicit in making those things happen. We’re now given a blank slate. If these are the things important to me, how do I explicitly make it happen? How can we keep the rituals in building relationships?”

He also added the importance of shifting the power dynamics in order to nurture connection. “Usually before, the teacher is on a pedestal, but now that won’t work. We need to humble ourselves as teachers and to find ourselves beside our students this time.”

On that note, Mr. Cheng animatedly threw in the example of imagining what online learning looked like, for instance, for first graders. He then pointed out how crucial it was to make the effort to view online education from the child’s perspective and let that guide teachers in designing the new learning mechanism. 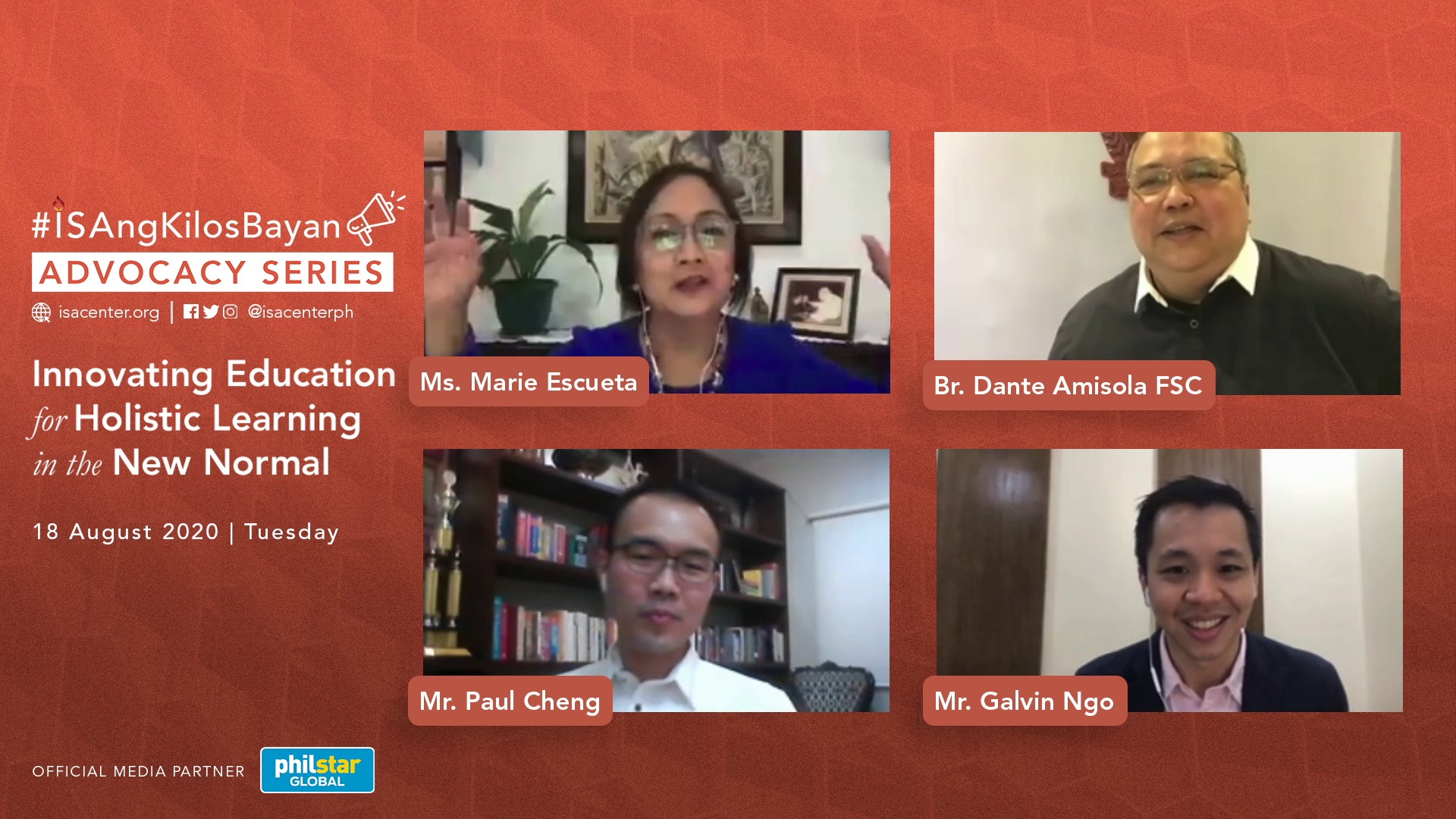 In photo: Speakers share the learnings they gained from the shift to online educations.

On the topic of redesigning curricula, Ms. Escueta posed a question to the directors on how they can anchor today’s emerging education on real world issues.

For PAREF Southridge, one realization they had in this time of redeveloping education is that it has become easier to bring the real world issues into the learning process because of the online setting.

“We used to go on field trips, immersion programs [to bring them to the real world]. But this summer, in our online classes, we brought up virtual get togethers and the topic was COVID-19. We had talks given by frontliners, COVID-recovered patients, people working on a vaccine, and a bishop who talked about serving the poor,” recounted Mr. Cheng.

These little efforts, though forced upon them by the pandemic, remained true to the goal of molding learners for the ‘real world’. That said, the future of education moving forward will require a national roadmap, per Br. Dante Amisola.

“We need to talk about what our preferred future for education is. What was mentioned [in the opening remarks] on retooling and renewing hope for Filipinos and for the Dream Philippines—how do we move forward towards that? There has to be a national education roadmap that needs to be established in order to move forward,” said the De La Salle Chancellor.

Developing a national roadmap is not a faraway dream either as, according to Mr. Cheng, there are already many groups and institutions that are willing to help and engage with different stakeholders on how it can be done. Additionally, Mr. Ngo presents a reminder that this notion of a better public education need not come from private education.

Towards the end of the webinar, Ms. Escueta reiterated the optimistic sentiment of the three directors that the learning community—students, teachers, and parents—can definitely adjust to the emerging education system so long as there is courage, connection, and collaboration.

Related:
Need for space: Stories from Visayas and Mindanao frontlines
#ISAngKilosBayan: A card up our nation’s sleeve