#ISAngKilosBayan: Leave no enterprise behind

The Department of Trade and Industry leaves no enterprise behind in pursuit of a prosperous business environment as it strengthens MSME survival and growth through training and development programs.

Businesses today boldly compete for people’s loyalty and patronage, and more often than not, the big names and deep-pocketed groups tend to dominate the scene. In such a competitive world, the odds of survival are stacked against the micro, small, and medium enterprises (MSMEs) who have limited resources and inadequate exposure. Their entry into the business environment, access to finance, productivity, and efficiency are sorely constrained as compared to large enterprises.

Though their position may be unfavorable, local MSMEs are seen by the Department of Trade and Industry (DTI) in a different light — as underdogs to root for. Thus, for many years, DTI has been enabling their growth and potential through MSME-tailored programs and development plans. With these, DTI’s presence as an ally and backer has propelled one particular micro enterprise towards operational stability. This is the RP Corpus Sales Enterprise. 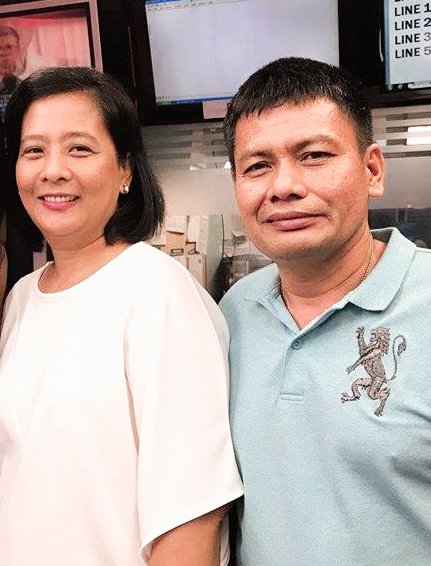 RP Corpus Sales Enterprise started in 2012 as an off-shoot of a micro business formerly selling corn-based products. Having access to calamansi trees in their area, business owners Ronald and Ana Cecilia Corpus decided to capitalize on the surplus of calamansi during peak seasons. Initially, the Tarlac-based micro enterprise began producing and selling calamansi concentrate. However, customers soon expressed a demand for ready-to-drink calamansi juice. It was then that the Corpuses realized a gap in their technical knowledge as they did not know how to produce ready-to-drink products. When a friend of Ms. Corpus reached out to tell her about DTI’s training programs, Ms. Corpus jumped at the opportunity to explore what DTI had to offer.

“I requested a training from DTI and they granted that to us, growers and processors. They gathered and coached us for two days. From there, I was able to make ready-to-drink calamansi,” shared Ms. Corpus.

The first of many

That exploratory contact with DTI was only the first of many other training and seminars that Ms. Corpus would participate in. “There was not one training seminar that I did not go to [after that], until I became part of the first batch of the Kapatid Mentor Me (KMME) Program. From there, I learned a lot of things that I apply even until now. Without DTI’s programs, I wouldn’t know where I’d be because when I first went into business, I was still getting a feel of things.”

The KMME Program is a DTI offering that aims to help MSMEs scale up their business through 12 weeks of coaching and mentoring by other business owners and practitioners on different functional areas of entrepreneurship. This program was a big help according to Ms. Corpuz as it tackled the essentials of putting up a business, from licensing to crafting business plans.

Soon, Ms. Corpus was able to build connections with local and international organizations that sponsored their operations. These include: the Local Government of Tarlac, the Department of Science and Technology, Tarlac State University, and the European SMEs for Robotic Applications (ESMERA)—a financial support and mentorship program for SMEs funded from the European Union’s Horizon 2020 research and innovation program.

In photo: RP Corpus products on display at one of DTI’s Trade Fairs

The impact of DTI’s backing

For the Corpuses, that they were able to see their son graduate because their business has grown considerably, was proof of the weight and impact of DTI’s backing. As their son finished a course on Food Technology, he now leads the Research and Development of RP Corpus, and with his skills, the business has gone to explore other calamansi byproducts such as tarts, candies, and jams.

The success of micro enterprises such as RP Corpus is among the goals DTI intended in carrying out their Prosperity Plan 2016. Since the start, MSME development has been part of the national agency’s scorecard. DTI’s refreshed strategy made it a goal to “grow innovative and competitive MSMEs with strong brands that contribute significantly to the national economy” by 2022.

A grave disruption
Come the third month of 2020, however, both the local and global business scenes were gravely disrupted by the COVID-19 pandemic. The health crisis forced countries, including the Philippines, to momentarily suspend its day-to-day activities and restrict people’s mobility, to mitigate the risk of infection and loss of lives. With a partial to full halt in operations, businesses suddenly became vulnerable to massive losses, and for MSMEs, survival was once again hanging in the balance.

DTI, however, still had a role to carry out during the health crisis. In response to the disruption, DTI immediately checked in with their partner MSMEs through an online survey that asks how the agency could assist the small enterprises. Not long after, DTI found ways to maximize their channels and keep MSMEs afloat.

According to DTI Region 3 Director Judith Angeles, their primary move was to obtain and distribute special IDs and passes that allowed MSMEs and other suppliers to continue delivering goods across local regions. They recognized that a halt in operations would undoubtedly affect the supply of goods available to the public, which may cause further disarray. To be on the safe side though, DTI made sure that these essential workers were provided with gloves, face masks, and alcohol.

Given the restriction on movement, some suppliers were still blocked from reaching their markets, even as the demand for goods soared. To restore the connection, DTI partnered with the Department of Agriculture (DA), who had an ongoing project called ‘Kadiwa’ stores. These stores brought fresh farm and fishery products to different cities, in an effort to directly connect farmers with consumers. DTI then linked their partner MSMEs not only to the ‘Kadiwa’ stores, but also the mobile markets rolled out by different local government units, so as to support the continued operations of MSMEs. 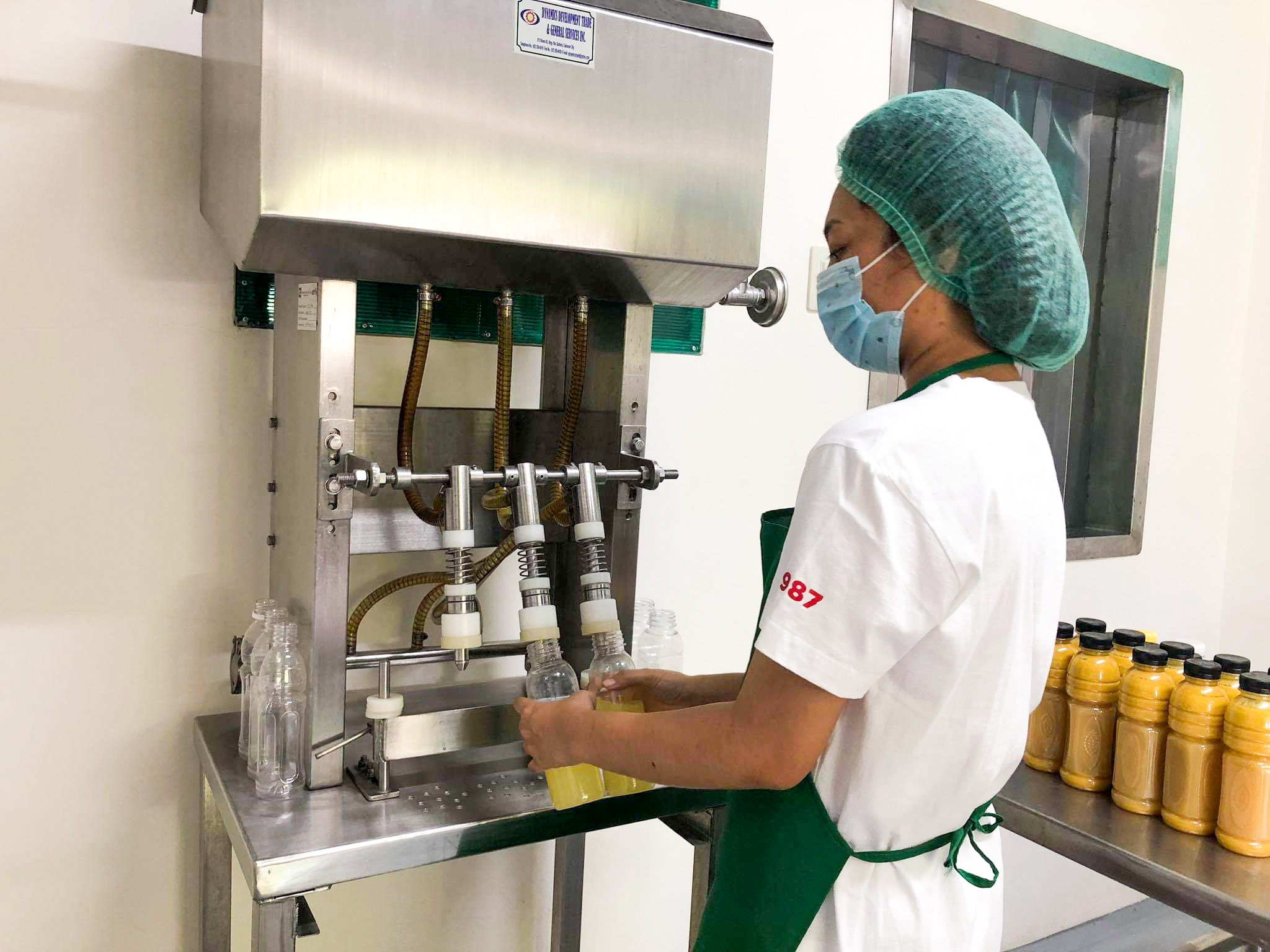 Leave no enterprise behind
The aftereffects of this global pandemic to the business scene is already assumed to be damaging. Thus, DTI has already been working to provide financial assistance for the vulnerable enterprises, through their financing arm as well as the Social Amelioration Program of the Department of Social Welfare and Development (DSWD).

Though the country is uncertain about many things to come, MSMEs can rest assured that DTI will continue to keep the business environment intact, not just for the industry giants but also for the underdogs. It is no easy task, but DTI remains committed to leaving no enterprise behind in pursuit of a prosperous business environment.

Related:
#DreamPH20: A Turn for the Better
#DreamPH20: The Catalysts of the Army’s Strength