#DreamPH20: A Turn for the Better

Bataan General Hospital and Medical Center bids farewell to a system that leaves healthcare up in the air and welcomes a more grounded approach to servicing patients.

In the Rural Health Unit (RHU) 3 of Balanga City, Bataan, uncertainty would cloud the room as the question of whether patients would get their needed medical service filled the minds of both patients and doctors. Long were the lines yet limited was the capacity of the RHU-3 to deliver services beyond primary care. In the end, the patients received a small strip of paper redirecting them to another medical facility that housed the specialist they required. Securing an appointment with the specialist, however, was another matter to deal with. Such was a scene all too familiar to any onlooker; it was also a scene that badly warranted change.

Come 2018, a turn for the better was about to be realized by RHU-3 as Bataan General Hospital and Medical Center (BGHMC), located three kilometers from the RHU, readied itself to strengthen linkages with lower health facilities to establish a functional Service Delivery Network (SDN). BGHMC saw the vital role that lower health clinics such as RHU-3 played in achieving a unified, responsive health system across Bataan. Thus, the hospital crafted an online referral system linking RHUs to BGHMC and other higher level medical facilities.

A year later, this initiative has duly served as a conduit for assurance among patients and doctors, breaking the long reign of uncertainty. This very sentiment is echoed by Dr. Bhen Anthony Bautista, who has been the Rural Health Physician in the City Health Office of Balanga for more than ten years now. 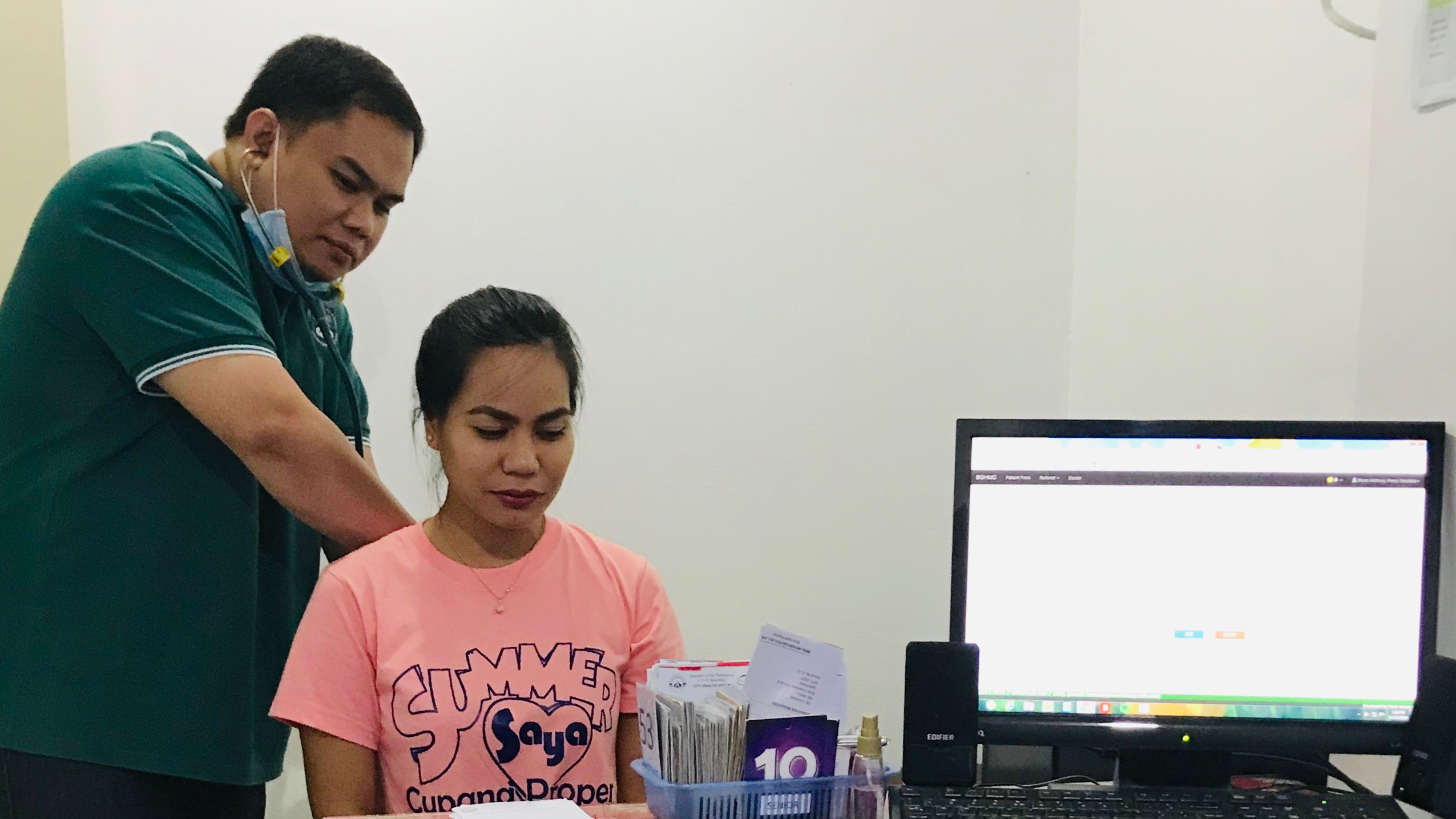 “Our [system of] referral before was inefficient. It was mostly paper-based. We would write a referral, give it to the patient, and they will go directly to the hospital,” recounted Dr. Bautista. He pointed out the main challenge of having a paper-based system which was that the facilities would become overburdened with patients, as there was no way to sort through those who required primary, secondary, or tertiary health care. As such, the waiting time for all medical services would draw on. There was also no solid mechanism for directing them to referral hospitals, which forced the RHU to take on higher level medical cases that neither the physicians nor the facilities were fully capable of handling.

Then came the intervention after a series of consultative meetings with the Local Government Unit of Balanga and BGHMC Chief Dr. Glory V. Baltazar. A signed agreement between the two made the intervention official and soon, the IT Department of BGHMC set out to conduct training sessions for rural health physicians and other health care providers in the health center. Though there were some challenges after the initial implementation, Dr. Bautista acknowledged the notable impact that the online referral system has delivered since its launching. 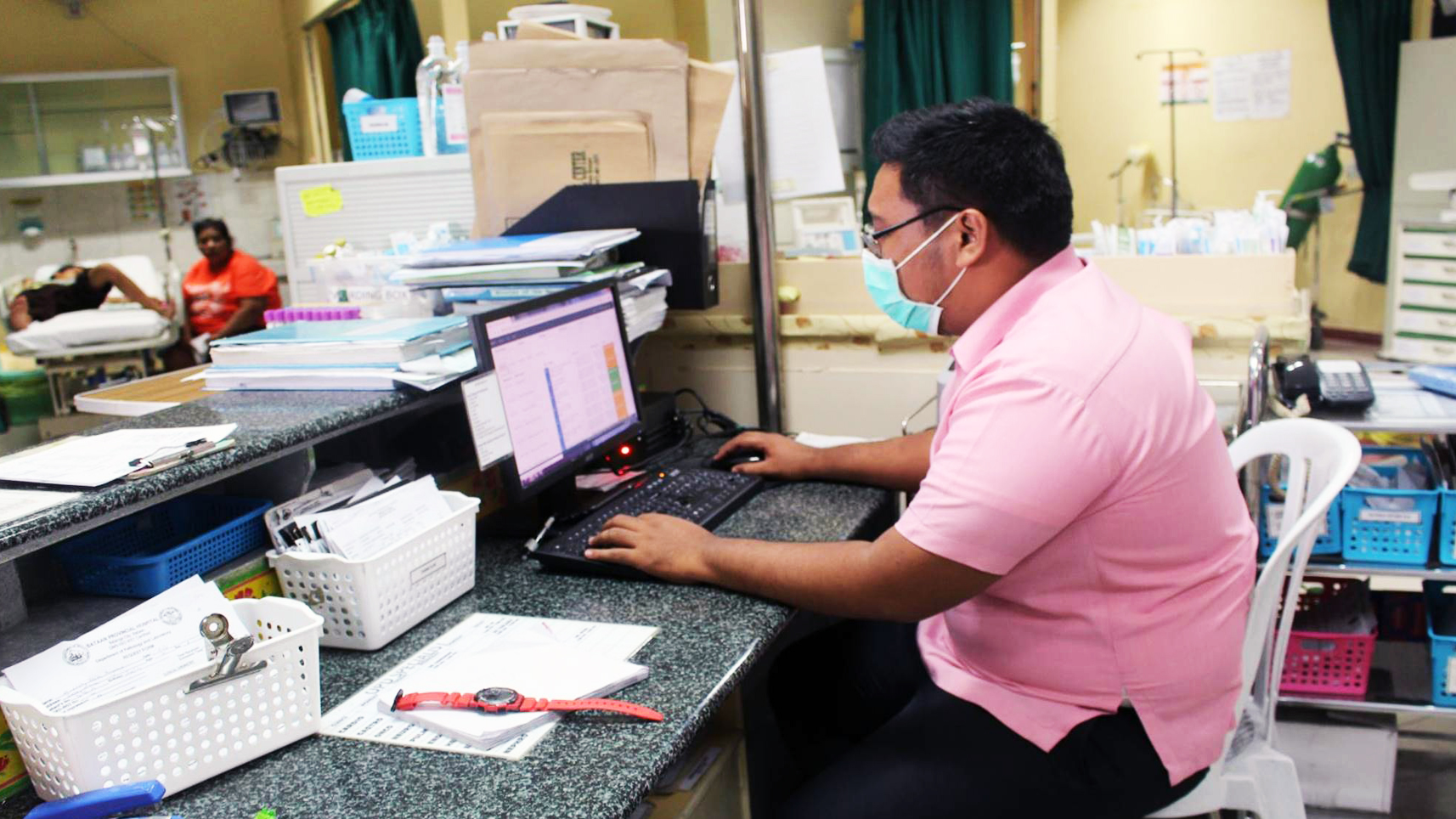 Staff from BGHMC receives the referral details over at the hospital’s end of the system.

“[On our end,] it provided us with an efficient way of referring patients who require secondary and tertiary care. As for the patients, they are treated with priority; they can take the express lane [at the hospital] when referred through the online system,” said Dr. Bautista. This is because the online system instantly sets the appointment for the patient to see the appropriate specialist. BGHMC later on observed how this intervention resulted in a significant decrease in the number of patients going to the hospital for primary care and a consequent increase in the number of those for secondary and tertiary care.

Beyond documenting the passage of the patient from one health facility to another, the online system is also equipped with a tracker detailing the feedback on the patient, that is, whether they were admitted, discharged, and/or given specific medications.

“As a medical practitioner, it gives me confidence and assurance that the patients are given utmost efficient health care,” shared Dr. Bautista.

It was a significant leap indeed for RHU-3 of Balanga City to go from making do with a laborious, up-in-the-air process to institutionalizing a more grounded, defined way of servicing patients through an integrated service delivery network.

Photos courtesy of RHU-3 and BGHMC

Related:
#ISAngKilosBayan: Leave no enterprise behind
#DreamPH20: The Catalysts of the Army’s strength