#DreamPH20: The Catalysts of the Army’s strength

The engineers of the Philippine Army spring to action during the Marawi Siege, strengthening on-ground combat power and restoring order in the lives of many Filipinos.

The war scene known to most is one where a high-pitched whizz leads to a cloud of smoke and a hail of bullets prevents the dust from settling. While that rings true, there also exist the quiet scenes in between, less commonly known but real all the same. At the center of those quiet moments stand the silent heroes of the war — the Army Engineers. 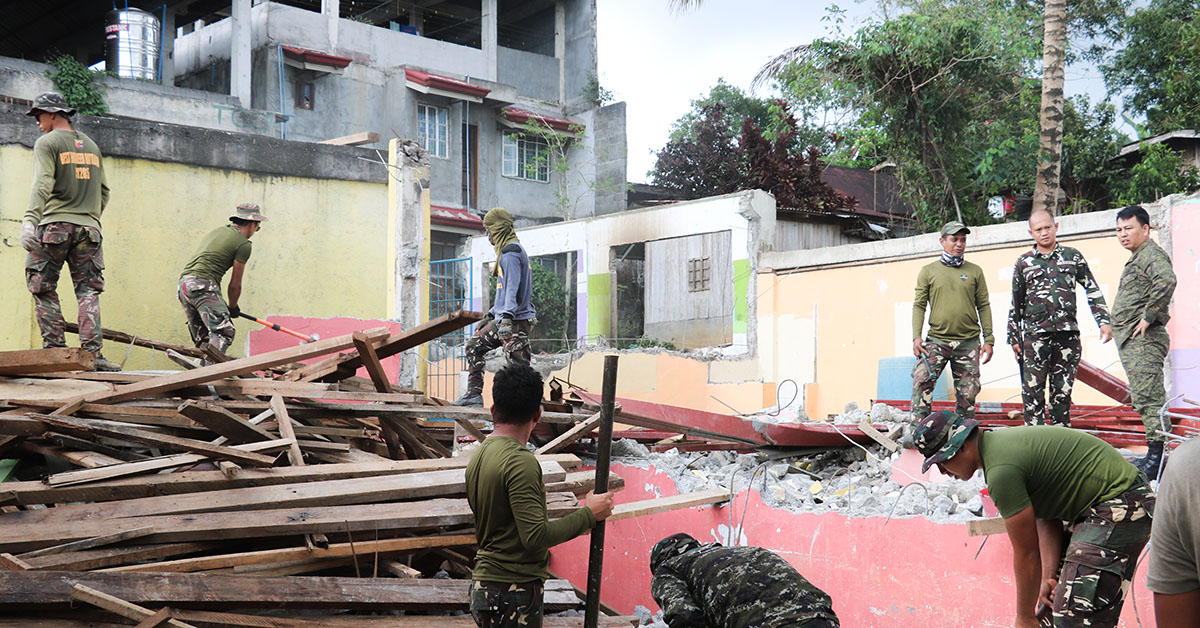 The Engineering Brigade of the Philippine Army is mandated to provide combat support to the troops. Outside of that duty, they carry out development projects tasked by the national government. As engineers, their training in the Philippine Military Academy consists of basic and advanced engineering courses. Some obtain specialized training focused on infrastructure projects while others are practicing civil engineers.

In 2017, the corps of engineers were called to action when conflict broke out in Marawi City, Lanao del Sur. Militants aligning with the Islamic State (ISIS) began the “longest and bloodiest battle of the Philippine Army since World War II” in the name of a radical ideology. Hostages were taken, and public spaces were burned or destroyed, while over 300,000 residents fled from their homes. This was the situation that necessitated the presence of the Army Engineers.

LTC JONJIE C JUGUILON, who led the 549 Engineer Battalion stationed in Barangay Kadilingan during the siege, narrated how Army Engineers had to revert to their fundamental role as combat support unit of the Army when war broke out. 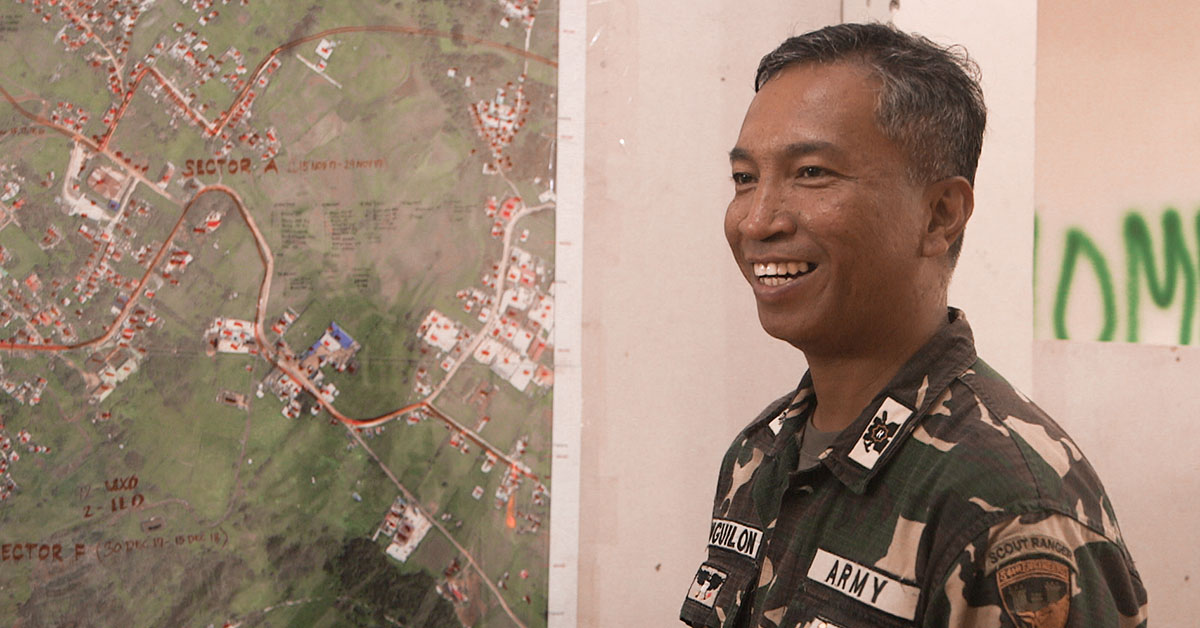 “It [was] not a sole infantry operation; it’s a combined arms operations, meaning there was the engineer, artillery, armor, and infantry. Not one of them could be absent because each had a function in a warfare,” said LTC JUGUILON. “That [was] where our traditional role in a conventional warfare scenario came in. We [had to] provide mobility operations, survivability operations, and even breaching operations,” added the former Battalion Commander.

Mobility operations cleared paths for the Army’s tanks to take, to get around the city while breaching operations allowed the Army’s forces to advance to certain areas. These operations were vital since according to a news report, while Filipino soldiers were “battle-tested by decades of insurgency and rebellion,” Marawi was different because of its urban terrain, which is a stark contrast to the jungle terrain that the troops were used to. Aside from these operations, Army Engineers also fortified the locations of friendly troops for better protection. 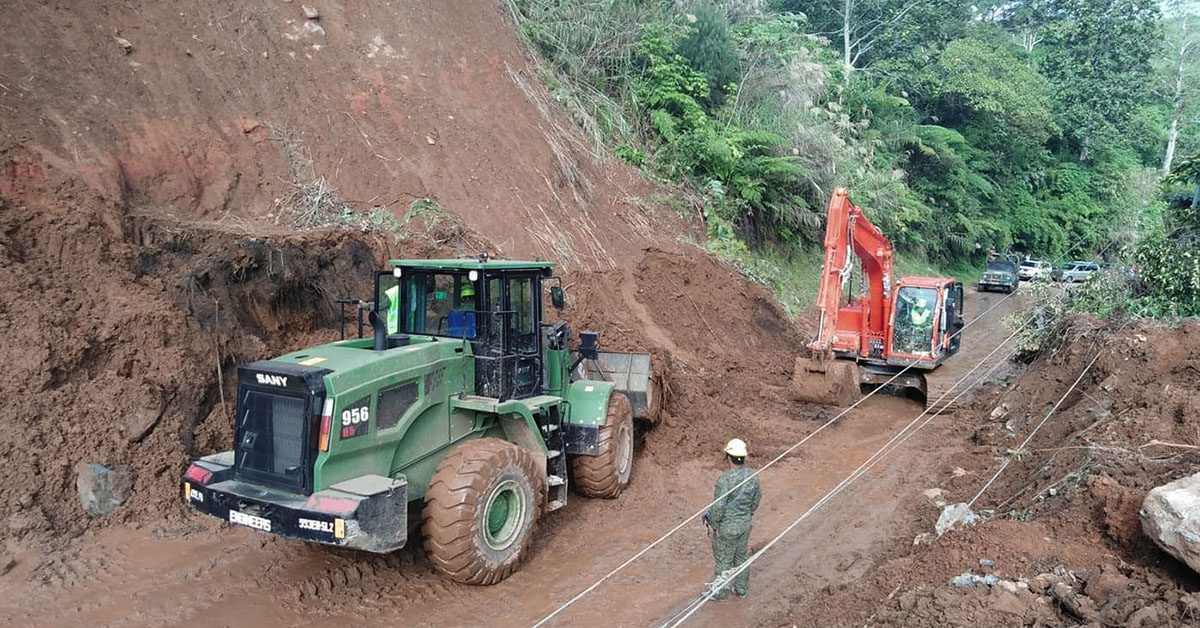 Clearing operations being conducted by the Army Engineers

Still, the duty of an Army Engineer was not done, even after the war ended. LTC JUGUILON shared that engineers are, in truth, the first ones to build resettlement houses for the internally displaced persons (IDPs).

“We have the capability and skills to do infrastructure projects. We take the lead role in them to help the affected population,” said LTC JUGUILON, citing the Bahay Pag-asa as an example of the resettlement projects that the Engineering Brigade took on. They provide basic necessities such as water, as well as assess the quality of the housing shelters for IDPs.

Recalling their interactions with the Marawi residents, LTC JUGUILON remembered the sentiments of anger that the residents had towards ISIS. At the same time, because the siege forged an extreme disconnect between the people of Marawi and the national government, he also felt how strongly the residents appreciated the engineers’ presence during the war. 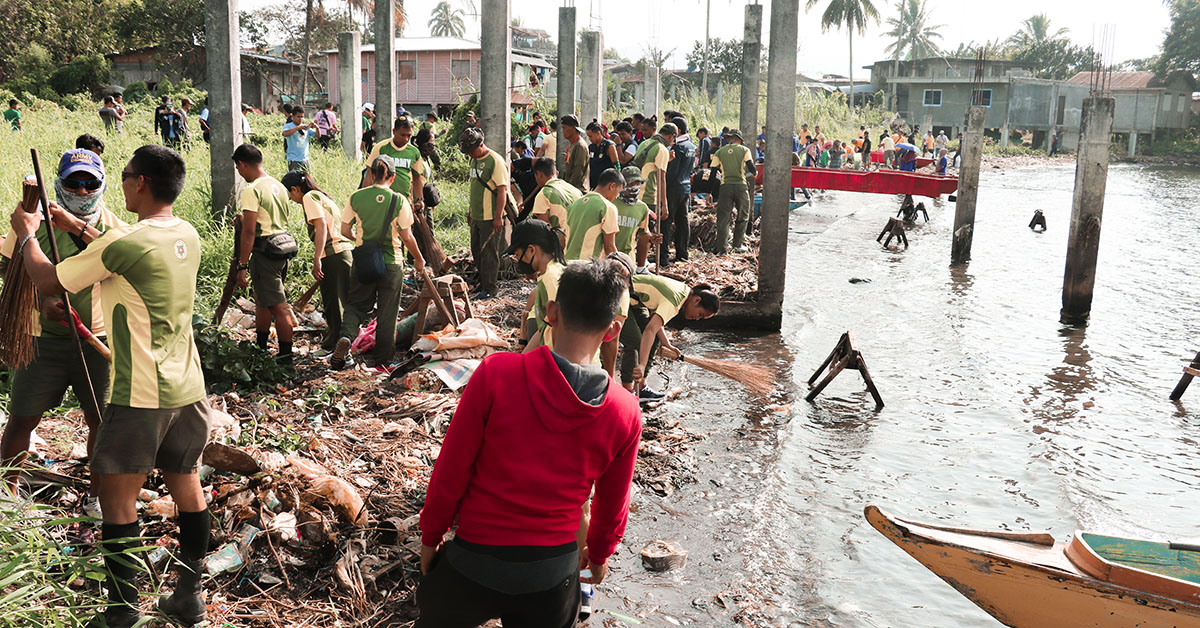 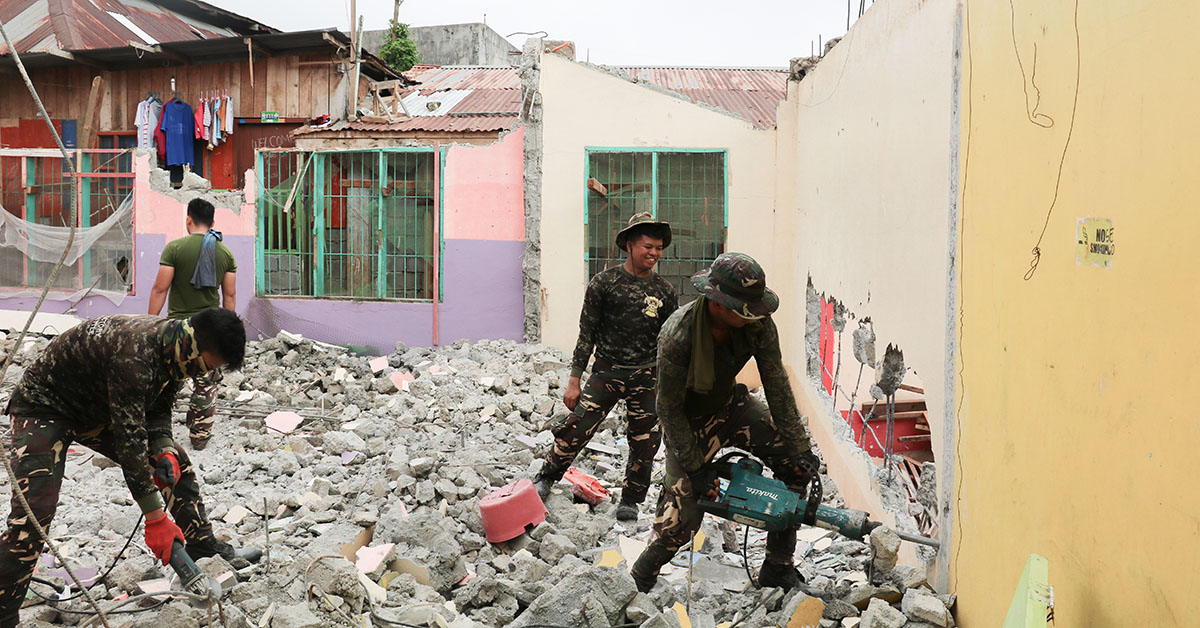 Rehabilitation projects being conducted by the Army Engineers

“When they would see the Army building temporary shelters for them, that was an indication of the people’s connection with the government,” he remarked. “They could see that this was where the heart of the Philippine Army lies — that, at the very least, they were being provided with decent facilities.”

According to him, the aim of the government through the army was to immediately bring back the normalcy in Marawi. He reiterated, “Of course we have our focus on military operations, but at the same time, we are also looking at the real victims of war. And as much as possible, we will exert all efforts to bring back order in their lives.”

Though their role in warfare is often subtle and unnoticed, Army Engineers continue to be vital in safeguarding the welfare not only of their fellow soldiers, but also the civilians they encounter on the field. In line with the Army’s roadmap, Army Engineers are essential in optimizing combat force on the ground. In and out of warfare, they are the catalysts of the Army’s strength — a true source of national pride.

Related:
#ISAngKilosBayan: Leave no enterprise behind
#DreamPH20: A Turn for the Better